The debate on age of sexual consent is still ongoing among members of the judiciary, as Chief Justice David Maraga on Thursday joined those rallying for change of sexual offenses Act.

The Judiciary’s head proposed that judges and magistrates “should be left to deal with the minors” who engage in consensual sex, instead of lowering the consensual age to 16 or continuing to jail offenders. 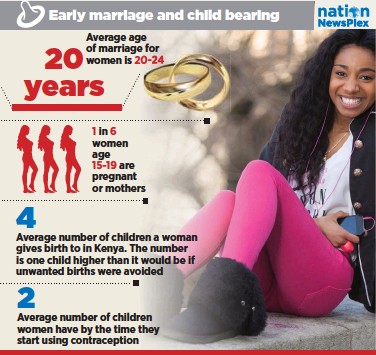 “This is one of the areas I have had serious difficulties with, the boys and girls are our children. I have no problem when the perpetrator is an old man, but when it comes to boys and girls between the age of say 17 and 20,” he said regretting that the boy had suffered in the Act under defilement.

The CJ had earlier raised the concern on the boy child often being on the receiving end of punishment in sexual offences, despite some of the acts being consensual among minors.

According to the Sexual offences Act, a person arrested for defiling a minor aged between 12 and 15 should be jailed for more than 20 years while those nabbed for having sex with minors between 16 and 18 years get 15 years minimum.

Court of Appeal judges Roselyn Nambuye, Daniel Musinga and Patrick Kiage, ruled that time was ripe for the country to change the Act, citing lengthy jail terms imposed on young men. The three reversed a 15-year sentence on a man jailed for impregnating a 17-year-old girl despite her admission that it was consented. She was forced to testify against the 17-year-old after his failure to pay Sh80,000 dowry after impregnating her.

“They may not have attained the age of maturity but the age of discretion and are able to make intelligent and informed decisions about their lives and their bodies,” they observed.”

However, there are those against changing the current law, including appeal judge Hannah Okwengu who said lowing the age to 16 would “attract sex predators.”

Supreme Court’s Njoki Ndung’u too is against the proposal to change the Act.

“Women should not accept that decision because our young girls are not ready at that age to be parents,” said Ms Ndung’u in Mombasa last month.