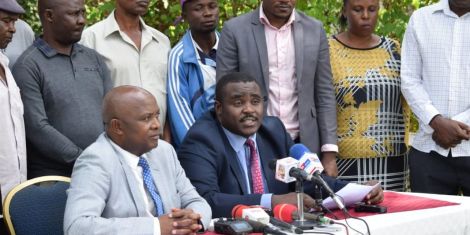 Another big fish has been taken in for DCI grilling.

He was apprehended at Sovereign Hotel, Kisumu in what appeared to be ambush as he left his phone behind.

A worker at the hotel who had the Senator’s phone stated that the officers walked into the premises and took the legislator with them.

“They did not state their reason for arresting him, and at this time we have no information on what could have led to his arrest,” the hotel representative stated.

According to reports, Senator Malala was taken for questioning over the alleged connection with the Matungu killings in the area.

CS Fred Matiangi who toured the area on Thursday had reasured to get into the bottom of the matter.