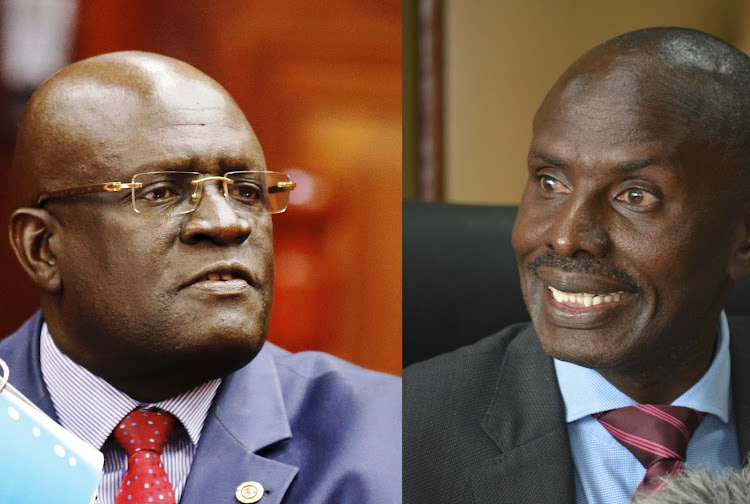 The Kenya National Union of Teachers (Knut) Secretary General Wilson Sossion’s differences with recently appointed Education Cabinet Secretary George Magoha seem to be far from settled as Sossion has now called him an arrogant leader, not willing to dialogue with stakeholders.

The two fell out over the rolling out of the new competence-based curriculum (CBC).

While the CS, in conjunction with Inspector General Hillary Mutyambai declared those boycotting teachers training for the new curriculum as criminals, Sossion insisted that the new curriculum is in itself illegal for not having involved stakeholders in its formulation.

The boycotts led to the arrest and charging of Knut officials from Kakamega and Makueni counties.

The war between the two leaders has however intensified as Sossion on Thursday called Magoha arrogant, just a day after he threatened teachers’ strike.

“We are seeing arrogant cabinet ministers who have no respect, and the minister of education has been very unfortunate, in the chain of arrogant minister,” said an agitated Sossion, who probed the change of the constitution, to ensure that all ministers be members of parliament.