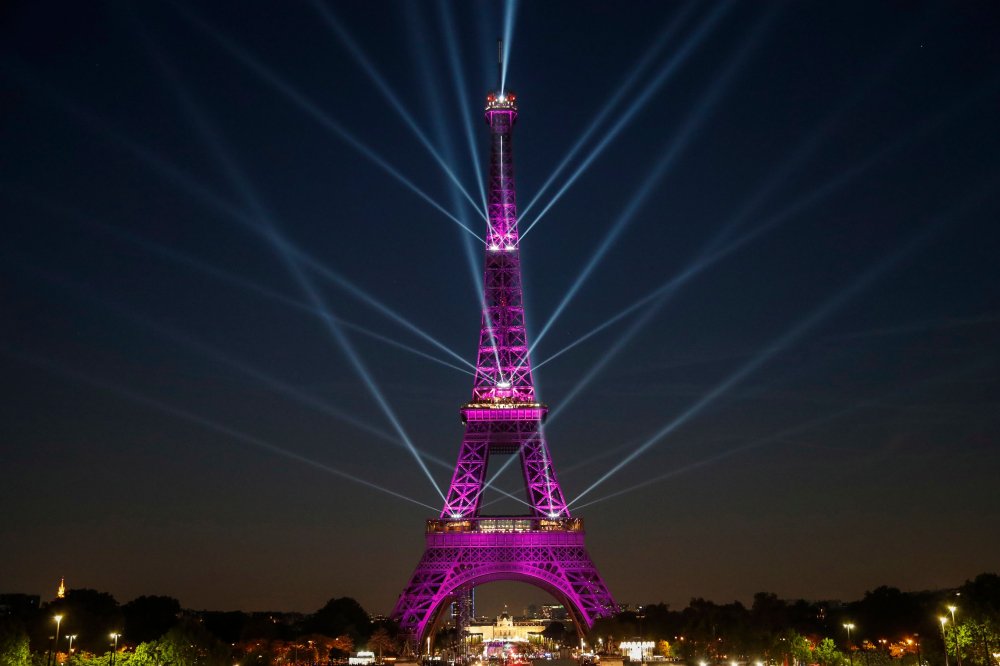 It was all elaborate laser lights show as The Eiffel Tower celebrated 130 years since it first opened to the public on Wednesday, 15th May 2019.

Viewers were treated to a stunning light show in Paris, France to wish the Eiffel Tower a happy birthday retracing the monument’s 130-year history.

The over a century anniversary celebrations graced 1,300 children to a giant “snack time” beneath the tower known as the Iron Lady.

After nightfall, a 12-minute laser display began flashing across the facade in shows that will run through Friday night. Professional climbers scaled the monument to mount the lights for the unprecedented show. 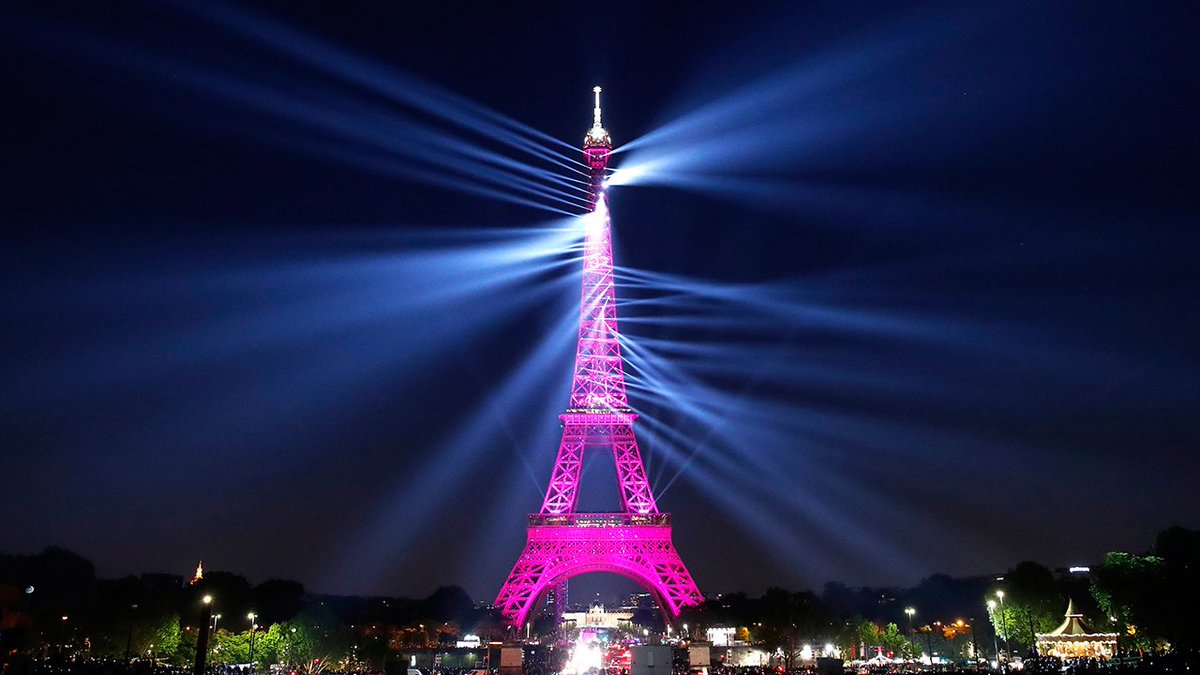 Around 6 million people go up the tower every year, in addition to the crowds who just come to look at Gustave Eiffel’s creation, designed for the 1889 World’s Fair.

It has remained the world’s tallest monument at the time, and thanks to strict urban planning rules, it still looms large above the Paris skyline.

The Eiffel Tower is shining bright with purple lights in celebration of its 130th anniversary pic.twitter.com/ahFdOx7DZO

The Eiffel Tower opened to the public for the first time on May 15, 1889, several days after its inauguration at the World’s Fair.

The famed “Iron Lady” was designed by Parisian engineer Gustave Eiffel and built for the 1889 Universal Exhibition.