He was also expected to address various issues emerging in the Homa Bay health sector delivery.

The Governor did not however show up for questioning and instead sent a letter signed by his County Secretary indicating that he travelled out of the Country for Medical attention. 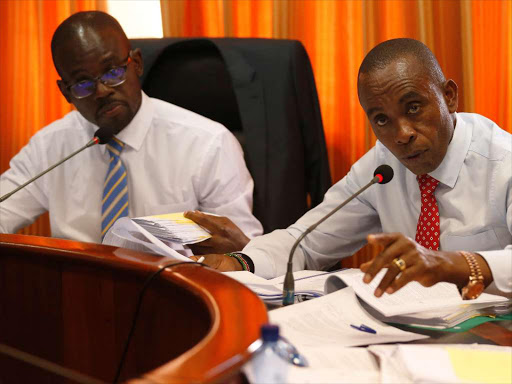 Senate accepted the letter and even wished him a quick recovery. He is however expected to provide his travel documents as well as an independent medical report to justify his absence.

Awiti is required to present himself to the committee in 30 days, failure to which necessary action will be taken against him.

Senate has also left the Homa Bay County Assembly with the Responsibility to determine whether Governor Awiti is fit to hold office. 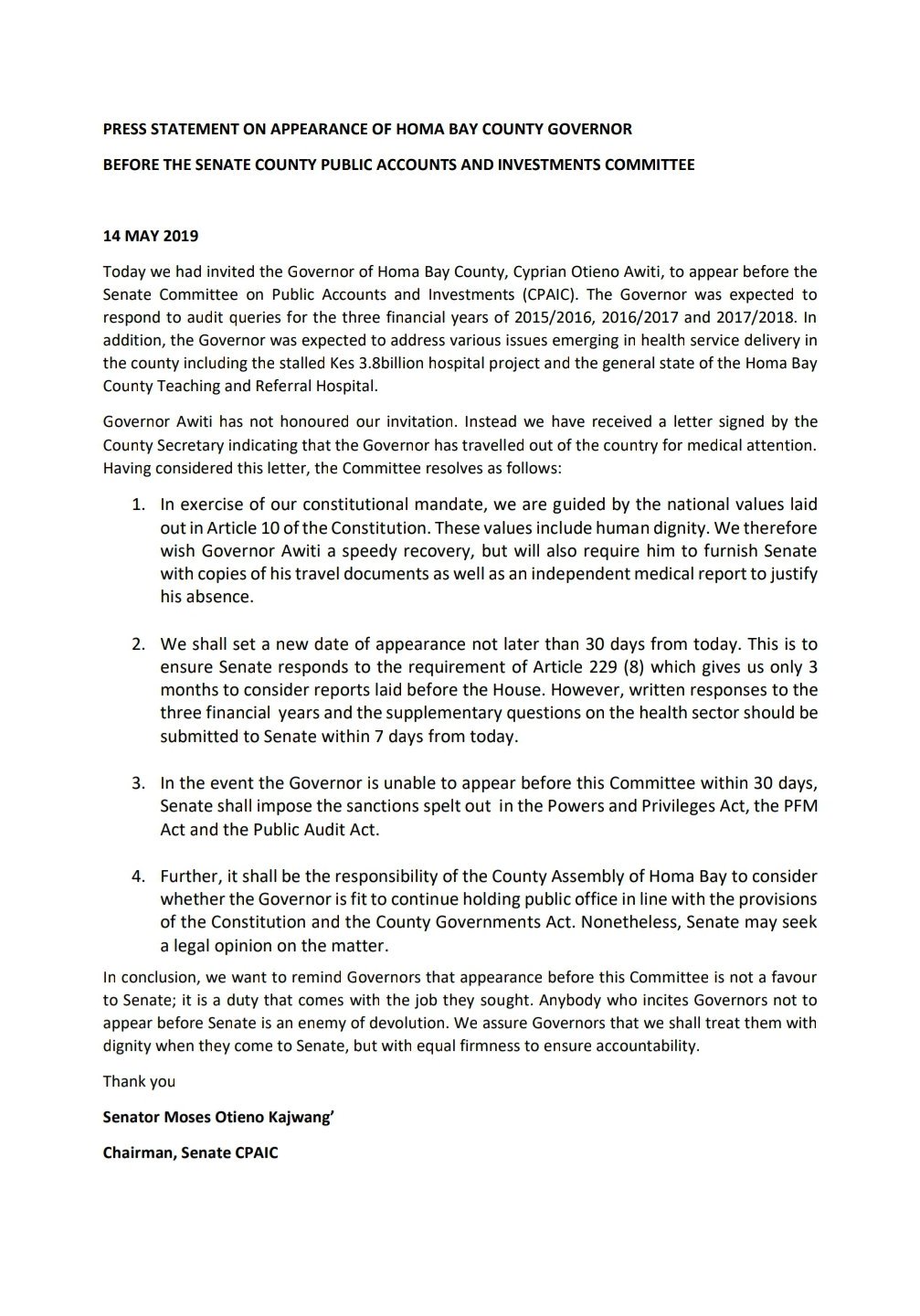 Towards the end of last month, Awiti temporarily ‘handed over’ his official duties to his deputy Hamilton Orata.

Governor Awiti has been out of the limelight in the recent past and is reported to have returned to Kenya a few weeks ago after undergoing an eye operation in Germany.

However, with the latest developments, it seems like the Governor yet again travelled out of the Country to seek proper medical attention.

Homa Bay Governor Cyprian Awiti has written to @KESenate that he is seeking treatment out of the country and requested a new date for consideration of the 2017/2018 @OAG_Kenya report. We’ve given 30 days for the Governor to appear, failure to which the law shall take its course. pic.twitter.com/CkG3gnwr0B