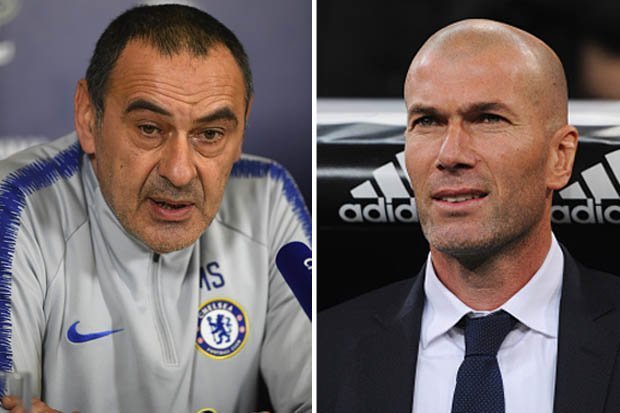 Former Real Madrid and Juventus star Zinedine Zidane is being linked with becoming the new coach of Chelsea as Maurizio Sarri is struggling to adapt to live in South West London. The former Napoli coach had a great start to the season but the last results of the Blues have created discontent within the fans and the club and the Italian’s position at the Stamford Bridge is now in serious doubt.

According to The Sun, Zidane would be open to replacing Sarri at Chelsea although the Frenchman has named his conditions to join the Blues.

Zidane reportedly wants to extend the contract of his ‘pupil’ Eden Hazard who is being strongly linked with a move to Real Madrid of late. And not only. Zizou has also required a transfer budget in the region of £ 200 million to sign new players in the summer transfer window.

Meantime Sarri is thinking about how to beat Manchester United. The Red Devils face the Blues at the Stamford Bridge tonight in the FA Cup.