Prime Place Restaurant near Nyayo Stadium in Nairobi was among structures that were demolished on Friday morning for encroaching onto the Kenya Railways land reserve.

The main structure in the area housed a restaurant, a pharmacy, a salon, a boutique and a cosmetics shop.

People who reported to work in the morning said they were shocked to find the structures flattened or in the process of being demolished.

Tenants who spoke to the local media claimed they were not served with the vacation notice after their landlord was told to tear down the structures.

A majority pulled their belongings from the debris during the exercise that began at dawn. 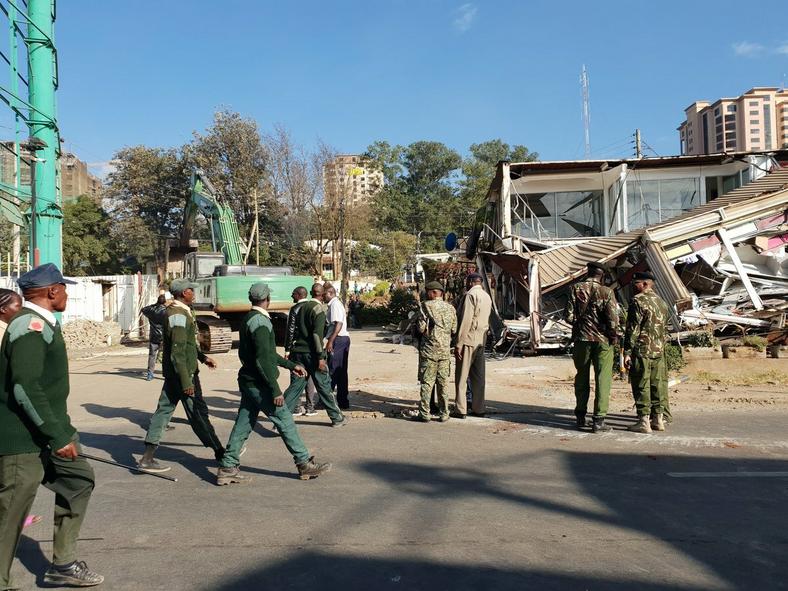 Authorities said, however, that the vacation notice was issued in 2018.

The structures that were torn down were less than 30 meters or 100ft from the course of the railway line.

Kiambu County Senator Kimani Wamatangi led demonstrations against the demolitions, reports indicating that he owned most of the structures.