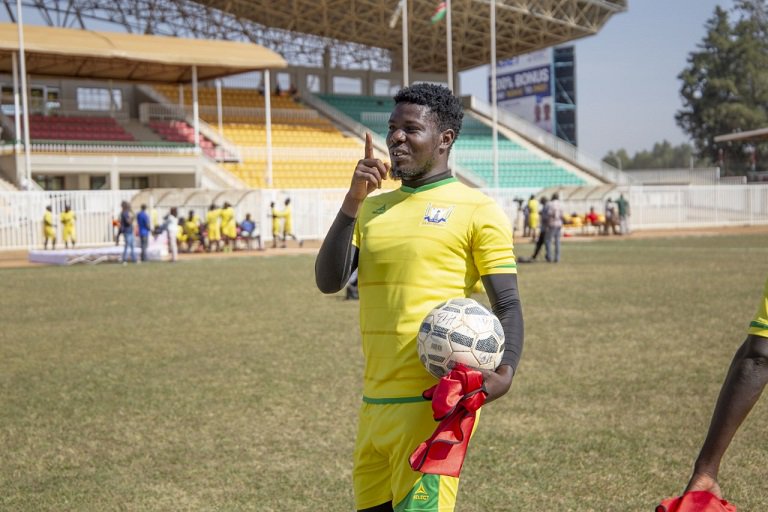 Kakamega Homeboyz FC travel to Nairobi to take on Tusker FC in a SportPesa Premier League (SPL) match slated for Ruaraka Stadium on Saturday afternoon with intention to move into the top ten of the standings.

“We have trained well and are tackling one game at a time, our target is to finish among the top five this season and a win against Tusker will be a great starting point,” Said Wanga.

The former Petro Atletico de Luanda striker is already in the race for the Golden Boot Award with four goals and finding the back of the net at Ruaraka on the day will help him bridge the gap opened by Ulinzi Stars FC talisman, Enosh Ochieng who is currently riding high with seven.

Homeboyz head into the match on the back of a 0-1 loss to the 2019 SportPesa Cup champions Kariobangi Sharks and victory against Tusker will move them into the top ten.

“We are grateful for the support we are receiving from the Kakamega County Government. We have a state of the art playing ground and our salaries are coming in on time, with the players welfare have been catered for,” Wanga underlined.

Tusker are buoyed by a 1-0 away win against Zoo FC last weekend and victory against Homeboyz will see them dine with the big boys, Mathare United FC and  Bandari FC, at the top with 25 a-piece, depending on the other results from the weekend.

Eighth placed Nzoia Sugar FC will take on relegation threatened Chemelil Sugar FC at the Sudi stadium in Bungoma in the ‘Sugar Derby’ expected to entertain residents from the Western region.

A majority of the matches will be held on Sunday with SPL defending champions Gor Mahia FC taking on Sofapaka FC at Afraha Stadium in Nakuru.

The game will not be a walk in the park for either of the teams as third-placed Sofapaka are on a five-match winning streak, the most recent being a 4-1 thumping of Mathare at Kasarani.

Gor, who are fourth, have had a backlog of fixtures in the week, winning Mashemeji Derby 2-0  against Leopards at Kasarani on Saturday before travelling to Angola where they surrendered to a 1-2 defeat to Petro Atletico at the November 11 Stadium on Wednesday in a CAF Confederation Cup Group D tie.

Leopards should be wary of an inspired Ochieng who will be striving to stretch his goal tally at the same time give Ulinzi a win, having not been able to get all three points in their last six matches..

It will not be an easy outing for Mt. Kenya FC at the Moi Stadium in Kisumu as Western Stima FC tactician, Paul Ogai is already motivated and rearing to go after being presented with the SPL Coach of The Month Award for December.

Vihiga United FC are hoping to bounce back from their 0-2 loss to Bandari FC at the Mbaraki in Mombasa last weekend as they plot to take on Posta Rangers in Mumias.