The Blues have lost their last three Premier League away games, following up a 4-0 defeat at Bournemouth by getting thumped 6-0 by Manchester City at the Etihad Stadium on Sunday.

And Petit – who played 76 games for the Blues between 2001 and 2004 – says Sarri is now “in big trouble mentally” as he looks to motivate his players.

“What I saw on Sunday against Manchester City said it all: poor performances individually and collectively; no rage on the pitch; the body language,” Petit told Paddy Power News .

“Sarri said himself he didn’t know whether or not he could motivate his team. In terms of communication, the last few weeks have been bad for him. 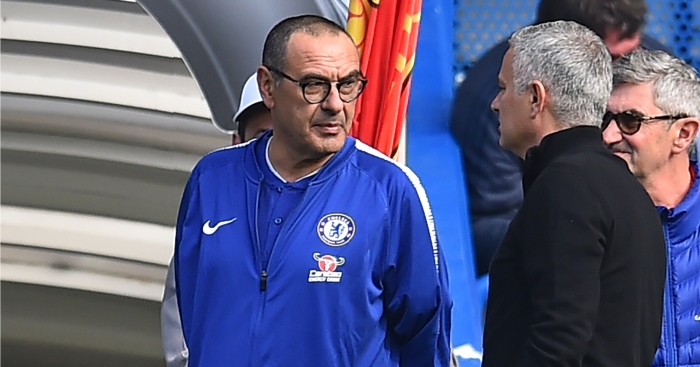 “When Roman Abramovich feels the pressure like this, he doesn’t dwell on feelings, he just cuts down the tree,” he said.

“He did it with Jose Mourinho and he did it with Antonio Conte after winning the Premier League, so he will have no emotion about doing the same with Sarri. 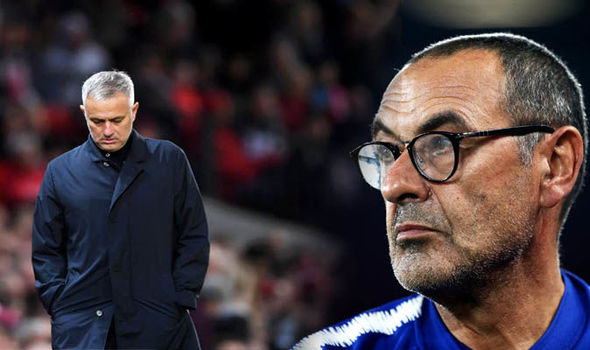 “If the next result is a bad result, that could be the last game for him.”

Mourinho was sacked in December 2015, with Chelsea – the previous season’s champions – remarkably sitting just one point above the relegation zone.

And although the current Blues side are sixth, Petit sees similarities.

“I understand that a manager has to stick with his views and opinions, even sometimes against his own players’ thinking – because maybe he’s right – but I’m sure that Sarri is very nervous,” he added.

“His body language in a recent press conference showed this, as did what he did with Guardiola on Sunday. Things like this shouldn’t happen, and when they do you show everyone – fans, journalists, players – that you’re losing the plot.

“It reminds me a bit of the dark times under Jose Mourinho.”