The team of investigators are not done with establishing how the DusitD2 attack was planned and executed. The office of Director of Criminal Investigation is covering tracks of how the attackers got facilitated financial until the carried out the deadly attack.

Detectives are investigating how Sh9 million used to finance the Dusit terror attack was sent through the M-Pesa network.

The Anti-Terror Police Unit now has the Central Bank of Kenya, the Financial Reporting Center, Diamond Trust Bank and Safaricom on the radar over the Dusit attack on January 15 that claimed 21 lives.

The specific charges will be determined by the evidence and culpability at each institution, police investigating officers said.

“We will go for each and every person from the banking sector to the mobile money transfer networks that were lax in their work,” Kinoti told the said.

He did not state how soon the arrests would be made and charges filed, though highly placed sources said the investigations were complete and the files have been forwarded to the Director of Public Prosecutions Noordin Haji for approval.

“We don’t think we have done anything wrong. People use Mpesa to bring money into the country and withdraw it using standard procedures,” said Bob Collymore, CEO of Safaricom, yesterday. He confirmed that a Safaricom team had met the DCI last week to explain Mpesa procedures.

“Suspicious transactions are reported to the Financial Reporting Centre. If we see irregular transactions from certain parts of the country or world, we will file a Suspicious Transaction Report. We did file STRs on some of the Dusit transfers. We also terminated their Mpesa tills before the Dusit attack,” he said.

Initial investigations had revealed that one of the terror suspects, Hassan Nur, received Sh9 million from South Africa through M-Pesa over three months. The cash was then sent to Somalia where al Shabaab is based.

Nur had 52 M-Pesa agent accounts with 47 of them were registered between October and December last year, each with a SIM card. He used different IDs to register the SIM cards. 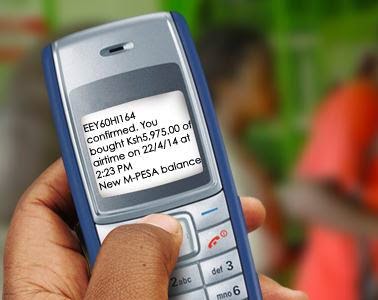 The transactions were made at DTB Eastleigh branch. Branch manager Sophia Mbogo has already been arrested by the Antiterror

Police Unit after she failed to report suspicious transactions after Nur withdrew the cash.

DCI believes the money transfer systems and the banks run between them failed to raise sufficient alarm over the funds suspected to have financed the terror attack.

Kenya’s world-famous mobile money is powered by mobile money networks, banks and hundreds of thousands of agents all around the country.

Know-Your-Customer prudential guidelines are supposed to be employed at every stage by every link in the chain.

Safaricom is required to vet all huge transactions known as super agents, while banks are also bound by the same regulations of know their customers.