One of the FIFA graded referees (name withheld) and some match officials had a dreadful time in Damaturu after fans of the home team, Yobe Desert Football Club forced them to return money allegedly collected as bribe to favour their team in the last home match defeat to Akwa United FC. The match which was played on Thursday last week saw Desert fans fuming with anger after the game as the referee denied them a last minute equalizer. 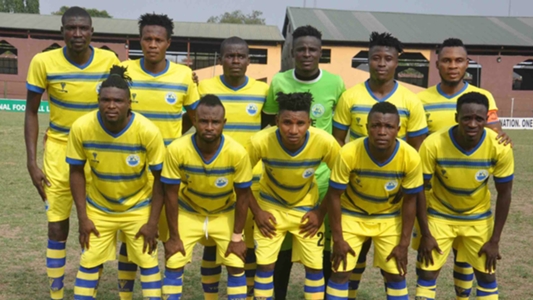 It took police tear gas to disperse the irate crowd at the stadium as many of the fans wanted the head of the referee on the gallows. Investigation however revealed that some of the fans followed the referees and other match officials to their hotel rooms and collected N1 million cash from them for denying them victory at home after collecting money from the club.

Former chairman of the Supporters Club, who is popularly known as Yellow and some of the fans who spoke with our correspondent confirmed the cash refund from the match officials.

“We followed them to the hotel and collected the some of N900, 000 cash from the referee, his linesmen and other match officials. We asked them to bring back our money since they denied us victory. The referee rushed to his room and brought out N300, 000 in an envelope. The two linesmen brought N200,000 each. The match commissioner with two other people returned  N100,000 each. We collected all this in cash. The other one hundred thousand was yet to be delivered to the owner making it one million naira,’ one of the fans informed.

Our correspondent gathered that the Nigeria Professional Football League (NPFL)  is characterized with allegations of bribery between clubs and match officials, a situation that has remain one of the biggest headache of the League Management Company (LMC), the regulators of the NPFL. The Nation checks also gathered that in most cases, the match officials are accommodated and their feeding and transportation at the expense of the home team all in an effort to get favorable officiating.