Sergio Ramos proved Real Madrid’s match-winner on Saturday as they took down fierce city rivals Atletico – and the defender set a new personal best in the process. The defender boasts a 100 per cent penalty record since taking over duties from Ronaldo, and that has prompted him to score more goals than ever.

Ramos has always been known for his talent in both penalty areas and often pops up to score crucial goals for his club. Atletico know that better than anyone, having twice suffered the centre-back’s ability in front of the net in none other than the Champions League final, where he scored in both Real victories in 2014 and 2016. 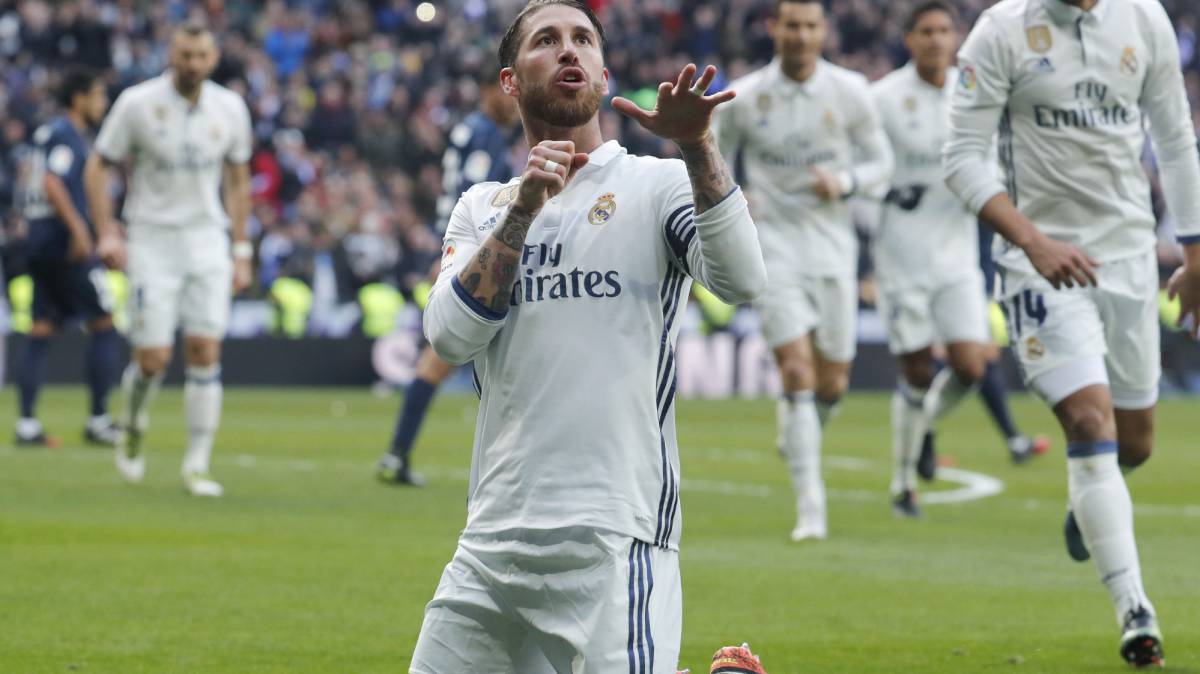 Thanks to Cristiano Ronaldo’s move to Juventus, Madrid’s captain has this season taken on the extra responsibility of converting his side’s penalties. And he was once more unerring from 12 yards out to beat Jan Oblak in Madrid’s 3-1 victory at the Wanda Metropolitano.

After seeing Antoine Griezmann cancel out Casemiro’s opener with a fine finish through Thibaut Courtois’ legs, Ramos was given the chance to shine when Vinicius Junior was taken down just inside the penalty area. Oblak guessed the right way but saw the effort squeeze into the net just beyond his right glove, restoring a Madrid lead that they would not squander for the remaining 48 minutes of the encounter.

Gareth Bale later came off the bench to put the result beyond doubt, after Atletico’s Alvaro Morata saw an effort against his old club ruled out by VAR due to a marginal offside call. Ramos has now scored 11 goals this season, a tally which is his best ever in all competitions. Eight of those have come from the spot, a 100 per cent conversion rate which tops both Ronaldo and Lionel Messi in the current campaign. 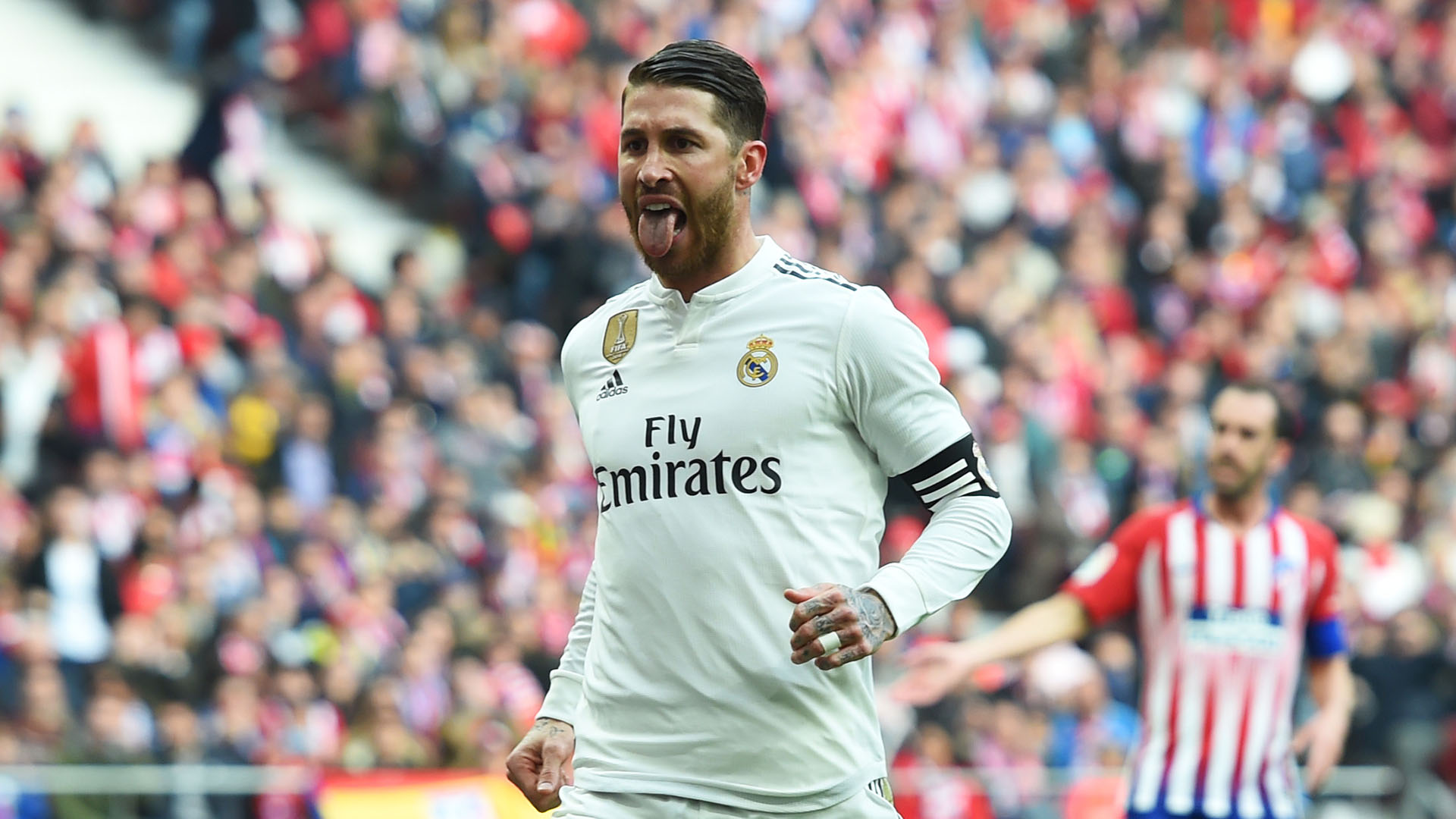 Atletico, as mentioned above, have long been one of Ramos’ favourite foes. The defender’s first goal of the season came in August’s UEFA Super Cup derby, another penalty, and he has now scored six against Diego Simeone’s troops – only former club Sevilla have conceded more against him. Saturday’s victory saw Madrid leapfrog Atletico into second place, five points behind leaders Barcelona. The Catalans will have the chance to extend their advantage to eight on Sunday should they see off the challenge of Athletic in San Mames.