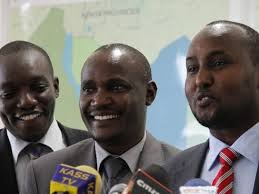 The ODM Members of parliament have today issued a statement in response to Joho’s drug dealing accusations.

They highlighted that their response is to address the remarks by a section of leaders allied to Deputy president William Samoei Ruto who have formed the habit of using very vile language while making unfounded claims and accusations against Ali Hassan Joho, Governor Of Mombasa and Deputy Party Leader of the ODM Party.

The Members of parliament also added that they are tired of having to continuously respond to the drugs accusations.

“These old and tired accusations have been overtaken by events. Initially we heard that Governor Joho Could not travel to some countries because he was a wanted man. When he visited the USA last year, it should have proved to these people that these allegations — for lack of a better word — are utterly nonsensical.”  reads statement in part.

They also insisted that  both nationally and internationally, those who are involved have been taken to courts and prosecuted to the full extent of the law.

So that these accusations never reappear, Governor Joho has demanded through the courts for those making these claims to substantiate them. In addition, the Members of parliament added that Joho has written to Interpol.

“We wish to inform Kenyans that these new attacks are as a result of President Uhuru denying these people an opportunity to continue going round the country burdening taxpayers as they launch fake and phantom projects.

The more this group is idle, the more time they find in their hands to malign other leaders who are busy serving Kenyans. Kenyans must not forget that the Tanga Tanga movement is doomed voyage and a lost cause.”  reads the statement

The ODM Members of parliament also said that they have noted a pattern where every time the Tanga Tanga movement lacks an agenda to sell for 2022, they resort to personal attacks on leaders they perceive to be threats of whoever is sponsoring them.

They also rejected this kind of politics stating that it has no place in the current dispensation.

“In particular, we wish to remind Hon. Stephen sang that he is among those who collected evidence to jail President Uhuru and Ruto in the and has struggled to cleanse his name ever since. He is a man haunted by his own ghosts. He is therefore willing to do anything to prove his loyalty.

We wish to restate that the Tanga Tanga movement is DEAD. By ensuring that national development is devoid Of partisan political posturing, President Uhuru in a moment of great wisdom chose Interior CS Dr. Fred Matiangi to implement national development agenda. Now Kenyans have an opportunity to get development regardless of who they think of supporting in 2022. This has however killed many careers!”  reads in their concluding remarks

We have made this statement moments ago to state our official position on recent attacks on H.E @HassanAliJoho. We observe that recent restructuring in national government has left many people too idle. The Tanga Tanga movement is a doomed voyage and a lost cause! @ahmednasirlaw pic.twitter.com/xCia21qIWx