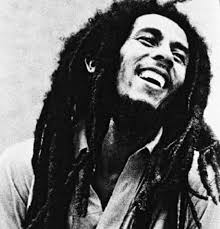 Having passed away back in 1981, the world still can’t get over the late legend as thousands of tweets from fans and media houses have been sent in honour of the late musical legend. Music lovers and artists all over the world have recognized Bob as a revolutionist who championed for equal rights and fought injustice in his songs.

If he was alive, Robert Nesta Maley would be 74 years today. Either way, whether dead or alive, Bob’s presence is still felt through his music. He was born in Nine mile, Jamaica, Bob went ahead to become a celebrated icon all over the world because of the rich message in his songs.

Robert Nesta Marley, aka Bob Marley, was born on this day, a Jamaican singer-songwriter who became an international musical and cultural icon #Brekko pic.twitter.com/2QEKlZ6k5B

He had great songs. And it is rare to find his type of music in the current generation of reggae musicians. Some of the hits he dropped include Redemption song, No Woman No Cry and of course my favourite one being ‘Turn Your Lights Down Low’.