In a televised speech in the capital, Kampala, President Museveni said Somalia was one example of a country with no state but stopped at naming other countries “for diplomatic reasons”.

“There are many countries that have no State. They are there but they have no organised authority that runs them, Somalia is one of them. There are others but I will not mention them for diplomatic reasons,” said Museveni.Mr. Museveni was speaking at an annual judges’ conference where he officially opened the 21st Annual Judges Conference this morning at the Serena Conference Centre in Kampala.

The conference is running under the theme, “Judicial Ethics, Integrity and Accountability: A precondition for Improved Access to Justice and Sustainable Development”.

President Yoweri Museveni “There are many countries that have no State, they are there but they have no organised authority that runs them, #Somalia is one of them. There are others but I will not mention them for diplomatic reasons” #Uganda

“It is important for judicial officers to understand the historical mission of the state and work towards supporting it. The state unlike the country or nation, refers to organised authority over a country. You can therefore have a country (geographical space) minus a state,”In 2012, for the first time since the 1991 overthrow of president Said Barre, Hassan Sheikh Mohamud was elected as the country’s first elected president, a development the UN hailed as a sign of improving security. 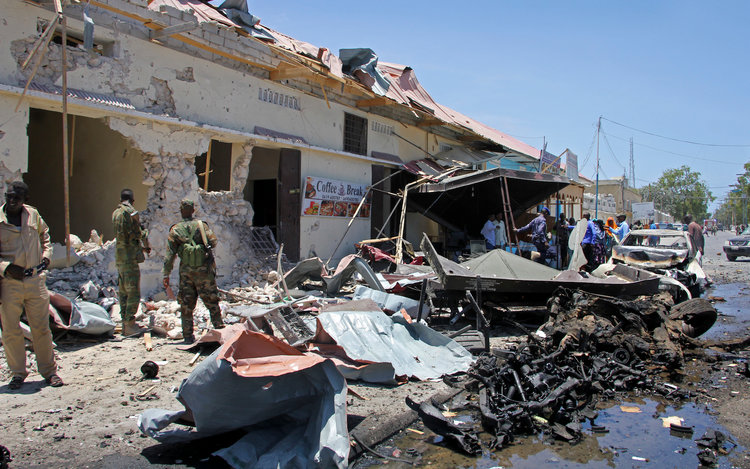 Since then the war-torn country has slowly risen up like the proverbial phoenix bird to become one of Kenya’s third largest buyer.

In his speech, Mr Museveni also questioned the effectiveness of the UN. He criticised the UN for having been in Congo “since 1960 but people are dying like flies.” 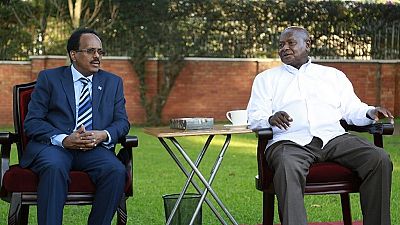 “You go to Mali, you go to all those places, even Nigeria. Big problems there. Chad. But here we have created a pillar of security.”

“We have since built a professional army and got Uganda back on the path of progress. With an annual budget of $439m, our army has not only secured Uganda but we support some peace efforts in the region. Our ideology and historical mission lies on Patriotism and Pan-Africanism,” said Museveni.