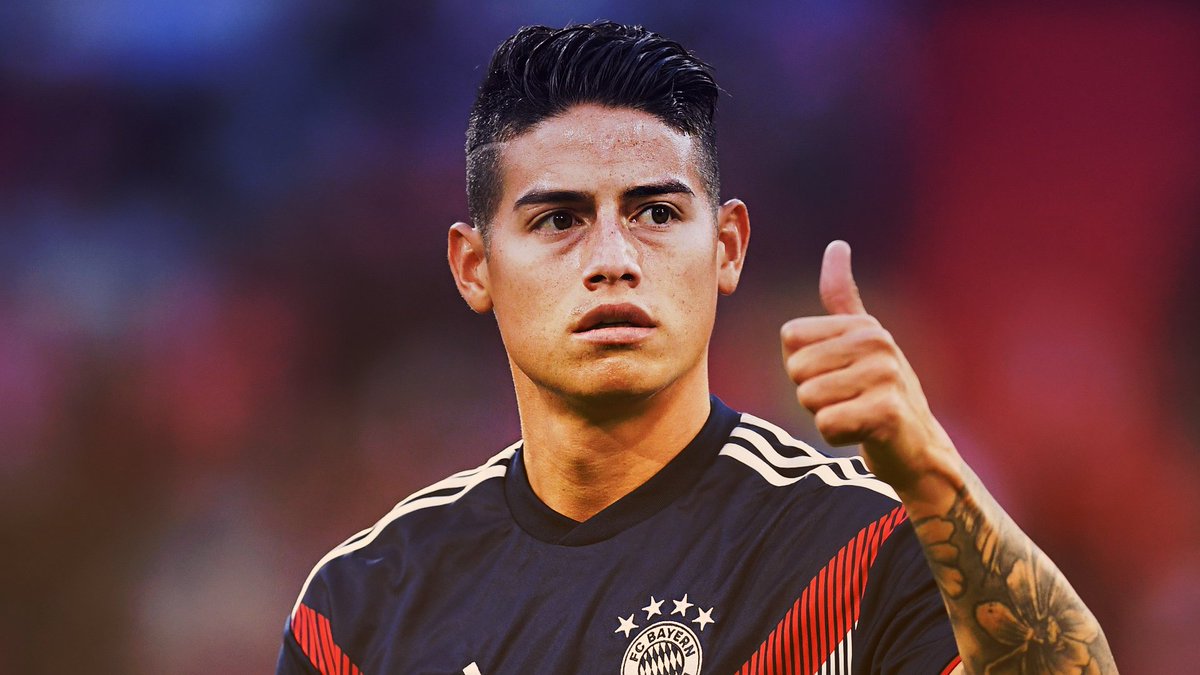 The father of Bayern Munich loanee James Rodriguez has today provided an update on the Colombian’s future, amid heavy links with Premier League outfit Arsenal. 27-year-old attacking midfielder Rodriguez made the surprise move to the Allianz Arena from Real Madrid in the summer of 2017, on a two-year loan deal worth 13 million Euro.

The former Porto standout’s time in Germany has since proven a rather hit-and-miss affair, though.

While he played an important role in Bayern’s passage to the semi-finals of the Champions League last season, Rodriguez started just 19 of the Bavarian giants’ 34 Bundesliga outings.

And the current campaign has seen the Colombian international continue to struggle for consistent game-time.

To this point in the season, Rodriguez has started just 7 times between the league and Champions League (though he was sidelined for 6 weeks between November and December with knee ligament damage).

As such, with Rodriguez’s place under current Bayern boss Niko Kovac looking increasingly uncertain, rumours have mounted of late that the Bundesliga champions will opt against taking up their 42 million Euro purchase option on the South American this summer.

And such claims have led to further reports in England over the last week that Arsenal are now expressing an interest in Rodriguez’s signature.

The Independent suggest that the Gunners are keen to secure a loan deal of their own for the 27-year-old this month.

It was also added that both Bayern and Real would be open to such an option.

‘There may be offers…’
As such, Rodriguez’s father has this afternoon spoken out over the links between his son and the Premier League.

Juan Carlos Restrepo confirmed that, though the gifted midfielder remains ‘calm’ and ‘happy’ at the Allianz Arena, proposals ‘may’ have arrived for his signature from England:

As per the Evening Standard:

‘He is comfortable in Munich.’

‘I don’t have news about it, but there may be offers based on those rumours coming from England.’

‘He is calm and he feels that he’s at a good level again and that he’s physically strong.’

‘That gives us a perspective that he is happy, motivated and working well. He is eager to achieve new success.’