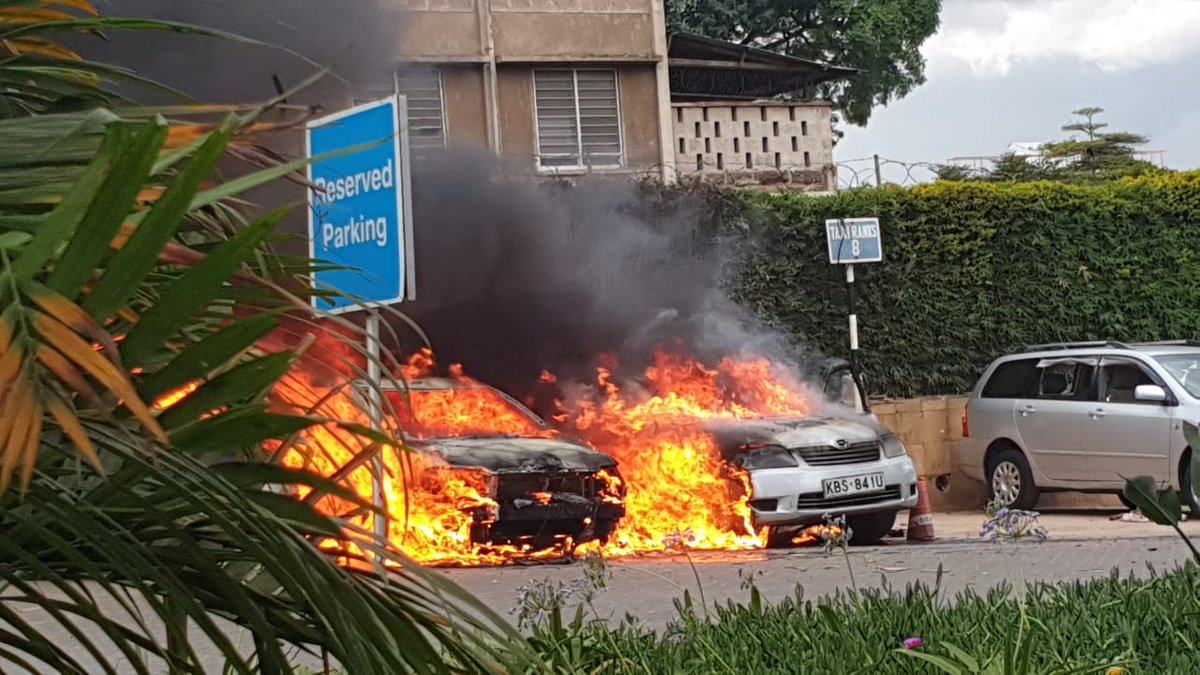 Is it a robbery or a terrorism attack? This is the question that many Kenyans are asking after the country was this afternoon subjected to a suspected terror attack at the Dusit D2 Hotels in Riverside Nairobi.

According to eye witnesses, at about 2.30 pm this afternoon, gunshots could be heard emanating from the area that hosts the Dusit Hotels and the Nairobi University Hostles.

It is believed that armed terrorists gained access to the Dusit Hotel and began to open fire. There is heavy presence of police in the area but so far nothing tangible has been reported by the police to the anxiously waiting media on ground.

Below are some of the pictures captured from the scene. 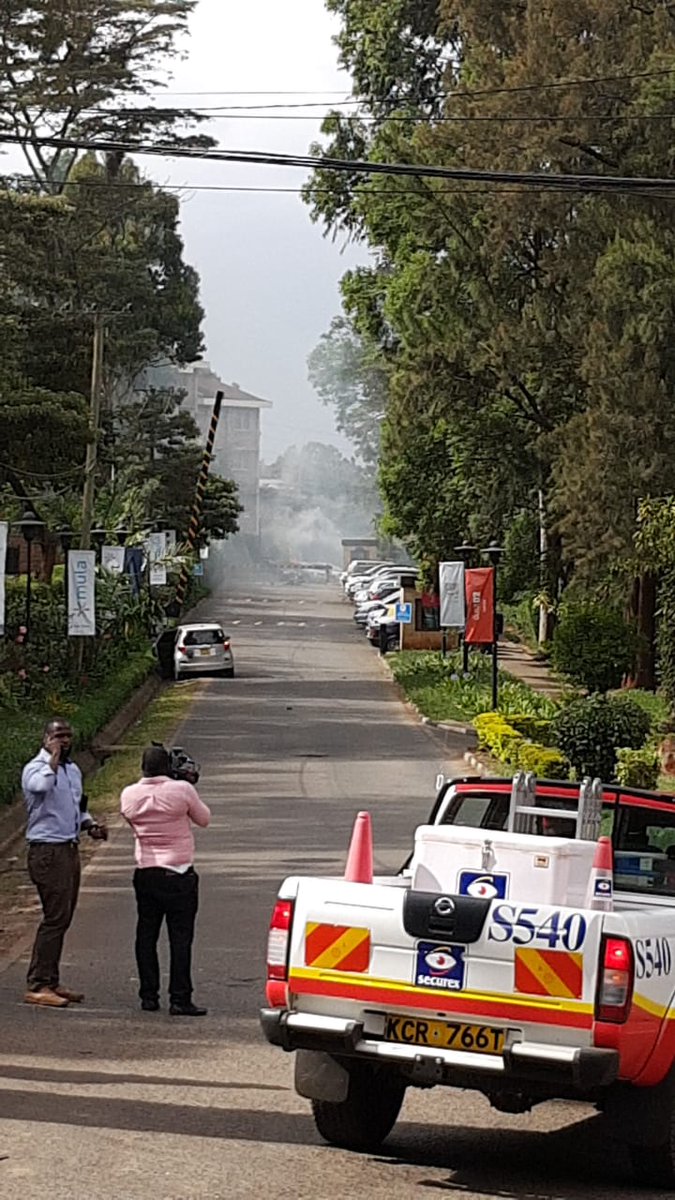