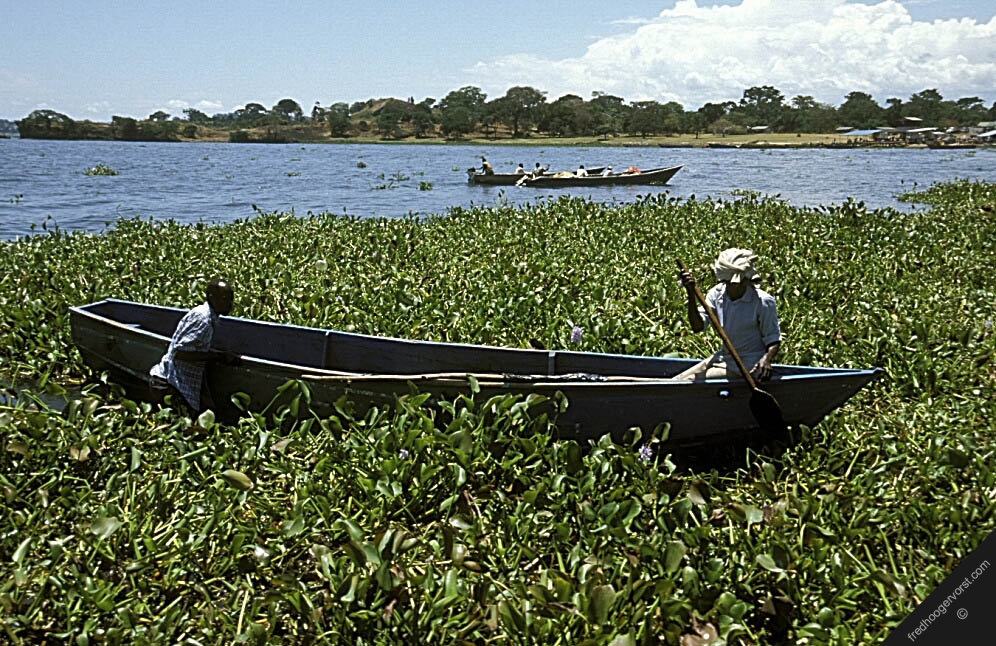 The weed is so thick that boats can’t cross the lake. Yet these green plants with lavender flowers don’t look threatening.

Usually, the shores of Lake Victoria are a hive of activity but fishermen are now staying away owing to the noxious water hyacinth.

“We are stuck. We can’t go fishing. It’s quite tedious to fish in this carpet of beguiling danger,” Mr Joseph Kidau says. He adds that the weed is stealing the livelihood of hundreds of people. Lake Victoria Beach Management Unit chairman Tom Guda says that for long, fishermen in Karachuonyo and Kochia have felt the pinch of the infestation.

“The weed restricts movement of boats. How do you cast your nets in water infested with hyacinth? Sometimes you set to go out fishing only to be trapped in the water for hours,” he says.

In September, four fishermen were admitted to Homa Bay County Referral Hospital after spending three days trapped in the weed near Achich Beach.

A month later, an unknown number of fishermen were reportedly stuck in Lake Victoria, Homa Bay County, after their boats were entangled by the weed.

The water hyacinth has increased its coverage, carpeting many areas where boat operators ferry tourists for sightseeing.

The weed prevents sunlight from reaching other aquatic species and creates thickets too dense for fishing boats to travel through.

Tourism players are decrying the new infestation, saying it is adversely affecting navigation on the lake.

In Kisumu, for example, popular sites such as Dunga Hill Camp and Hippo Point are no longer navigable. Tourists seeking a panoramic view of the lake and town are missing out.

Usually, a ride on a motor boat costs about Sh300 per person, for a brief tour of the water and nearby areas. Most boats carry up to a dozen people, normally on weekends. But not any more.

“The lake is the main source of attraction, particularly for nearby hotels. This weed is an impediment to business. Tourist cannot get a view of the lake, let alone take boat rides,” Mr Anyal says.

Hotels and restaurants along the lake that are adversely affected are Kiboko Bay, Eco Lodge, Dunga Hill Camp, Tilapia Resort and Sunset Hotel.

Marions International director Sammy Maina, who runs luxurious cruises on the lake, has been forced to withdraw some boats and is now counting loses.

“The last time we had the water hyacinth in June, our boats got stuck. It took great manpower to land the boats,” Mr Maina recalls.

He adds: “We have closed business. We usually liaise with hotels in Kisumu to ferry tourists to the lake. Scenic places to visit include Maboko Islands and Ndere Island.

According to Kenya Marine and Fisheries Research Institute Kisumu (KMFRI), periodic changes in wind patterns and human activities have encouraged the re-germination of the weed.