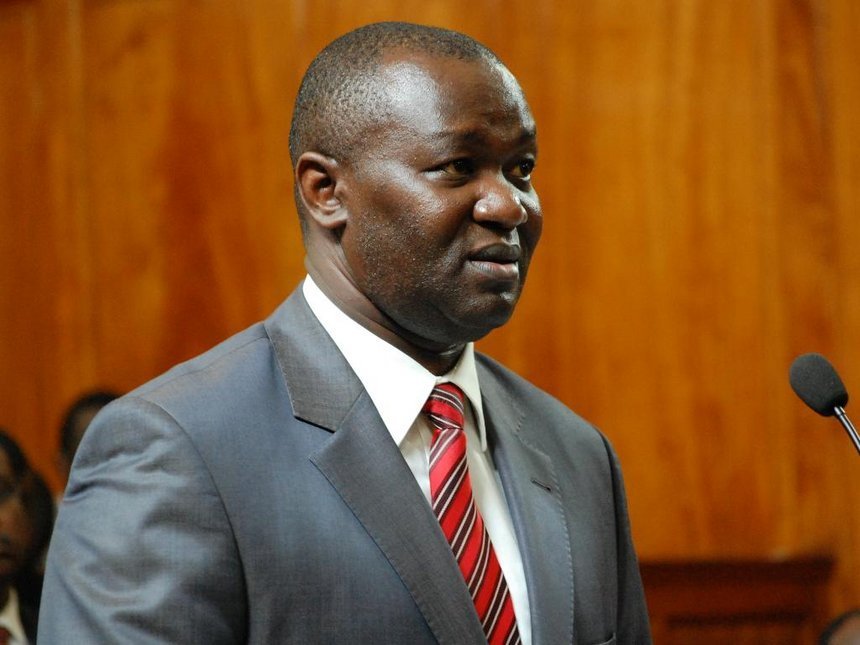 The High Court has stopped the intended prosecution of Senior Counsel Tom Ojienda over allegations of falsely obtaining money from Mumias Sugar Company.

Prof Ojienda, through a battery of 30 lawyers, had filed an appeal challenging the legality of his prosecution.
Led by James Orengo, the defence argued that the Directorate of Criminal Investigations had overstepped its mandate hence cannot prefer charges against him.

In his submission, lawyer Otiende Amollo who is also Rarieda MP described Haji’s move on Ojienda’s case as a rogue one.
“This court (High Court) is uniquely placed to prevent what I can only call a DPP’s office that has become constitutionally rogue,” Amollo said.
Mr Ojienda, who is also a member of the Judicial Service Commission, appeared before Magistrate Martha Mutuku on Monday morning to answer multiple charges of fraud.
He, however, failed to take a plea after his defence team opposed the move.

On Monday morning, DPP Haji released a statement revealing that Court of Appeal Judge James Otieno Odek was not under investigation in the case.
Instead, he added, Odek will be a prosecution witness against Ojienda. Odek has recorded a statement of his own volition on the matter.
Ojienda spent the weekend in police custody and was freed on Sunday evening. He was then arraigned in court on Monday morning.
The DPP wants him charged with fraud over alleged Sh89m he received as legal fees from Mumias Sugar Company.
“This inquiry file relates to allegations of use of fake court proceedings, number and parties spread across the country in different courts that were used by several legal service providers to obtain monies, like legal fees, from Mumias Sugar Company,” the DPP said.

The most stupid argument from Tom Ojienda’s lawyer Harun Ndubi is that he should not have been arrested because Mumias Sugar company has not complained. The looting of Mumias killed the dream of many farmers! We can all see bwana Ndubi wacha kutubeba!