Second President’s son Gideon Moi has been accused of blocking some people among them Deputy President William Ruto from visiting his father at his Kabarak home in Nakuru.

The Baringo Senator has however come out guns blazing while speaking to KTN refuting the claims and insisting that one just has to follow the laid out procedure in seeking an appointment and that will be granted to you.

Gideon Moi: No one has been blocked from seeing Mzee Moi. I am not the gatekeeper as some have said. Everyone who visits, follows the right channel @YussufIbra @StandardKenya #GideonMoiSpeaksOut pic.twitter.com/7tkr0d71gd

Earlier this year, William Ruto unsuccessfully attempted to gain audience with the president and was kept waiting for a few hours before he left the place. Gideon however insists that all those who have met Mzee followed the right channels saying that he is not always aware of who sees his father. 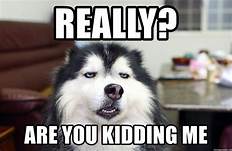