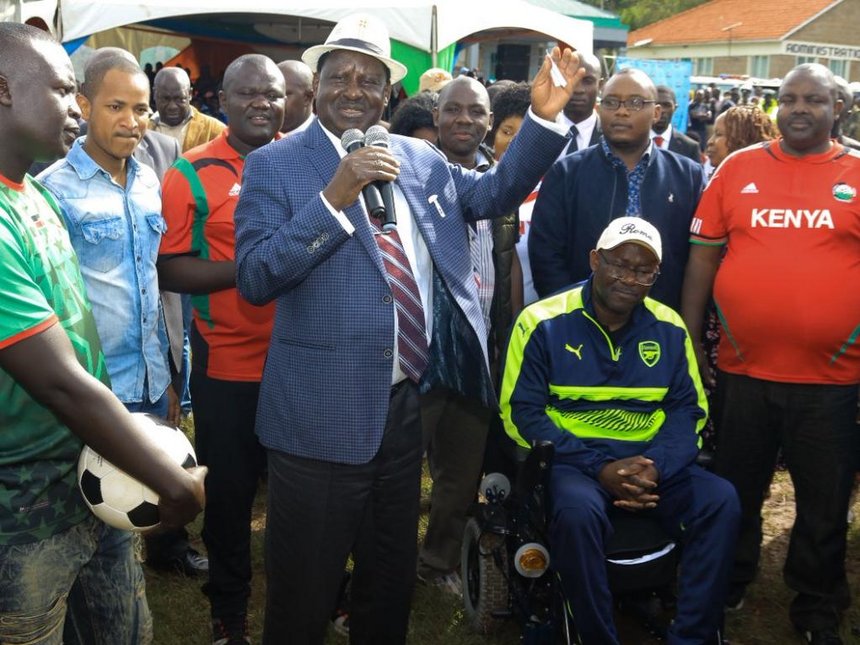 Westlands MP. Tim Wanyonyi will run against Mike Sonko for Nairobi’s gubernatorial post in 2022. This is according to NASA leader Raila Odinga who revealed that the legislator will run on an ODM ticket.

Speaking during a football match at Kabete Technical, Raila stated that the Westlands Member of Parliament would be ODM’s flag bearer due to his sheer hard work.

“Although I’m here as a football player and not a politician, I want to say our next Nairobi Governor is Tim. He is doing a good job, and deserves the ODM ticket in 2022,” stated the NASA leader.

Raila further praised the MP’s development record disclosing that it was the major reason why he attended the match sponsored by him (Wanyonyi).

At the event, Raila also stated that with the recent developments, Kenyan football had really grown to international standards revealing that he accompanied Gor Mahia in their friendly against Everton.

I was pleased to join fans attending the #TimWanyonyiSuperCup Finals at the Kabete Technical Training Institute. Congratulations to all the teams that participated in the tournament as well as the organizers. pic.twitter.com/LEp4SYKg8C

Tim Wanyonyi, a younger brother to Bungoma Senator Moses Wetangula, threw his hat into the ring for the city’s top job in June.

The legislator is loved by the electorate because of his man management politics. He has achieved a lot despite being confined to a wheelchair.