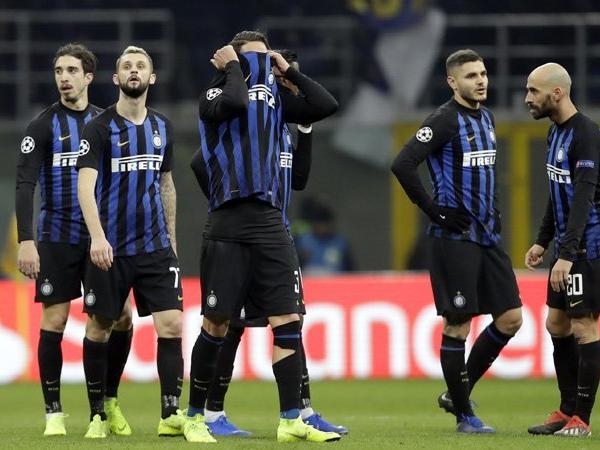 The Italian side needed to better Tottenham’s result against Barcelona in their final group stage match against PSV at the San Siro.Inter were big favourites before the match and although Icardi found the net they could only manage a 1-1 draw, the same as Spurs’ result at the Nou Camp.

Nara was in the stands at the San Siro and couldn’t hide her emotions as Inter exited the competitition. She was seen in tears at full time with Inter now going into the Europa League. Nara, 32, married Icardi in 2014 and has recently become the striker’s agent. She was previously the wife of former AC Milan and Barcelona striker Maxi Lopez.

The pair’s split was an acrimonious one with Icardi and Lopez having been teammates at Sampdoria. There were suggestions that she had cheated on Lopez with the Inter skipper, claims that were later denied.

Icardi meanwhile was criticised by some Inter supporters after he attended the Copa Libertadores final between Boca Juniors and River Plate in Madrid on Sunday. It was suggested he was edging for a move to Real but his wife has dismissed those claims after she was pictured wearing a River shirt.

She did however claim that Icardi, who has also been linked with Chelsea, has had offers to leave the San Siro.

“My husband is happy here, not even interested in a move away,” she said.

“Of course, the proposals come, especially now that showed that he is also a champion in Europe.”