Arsenal have been afforded an injury boost with the news that midfielder Mesut Ozil is in contention to feature in Arsenal’s net Premier league match against Huddersfield. The German midfielder has missed the Gunner’s past three fixtures owning to a back injury.

In his Pre match Press conference however, Unai Emery had some good news on Ozil’s situation.

He had backache and now he is working with the physio and we are looking at when he can play with us.Tomorrow is the decision for whether he can play Saturday, Emery claimed.

The Gunners will be hoping to round off an excellent week with another win after thrashing Tottenham on Sunday and picking up a point away from home at Manchester United last night (Wednesday).Unfortunately, the draw didn’t come without casualties with both Rob Holding and Aaron Ramsey leaving the pitch injured last night, although Emery did reassure fans that he didn’t believe Ramsey’s injury would be too serious. 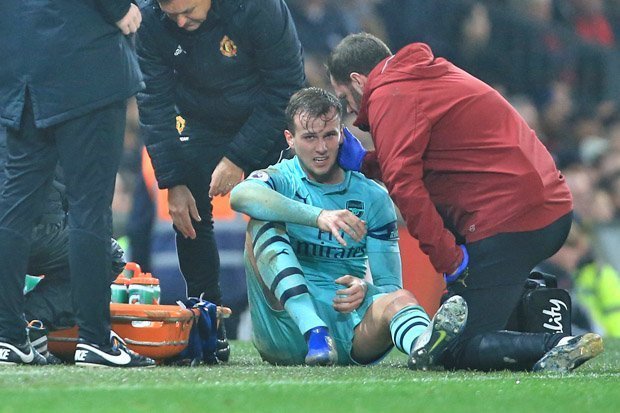 ”We are waiting until the club can give us communication about this, but the doctors they are looking at him still. At the moment my first news is not good but I need to confirm.”  The Head Coach said

If Holding’s injury is as bad as is as feared, it leaves Arsenal facing another difficult question when it comes to the January transfer window.

Arsenal did not want to do any business in injury, but now they are already facing up to the prospect of bringing in cover for Danny Welbeck.

And now they may well have to do the same when it comes to Holding.