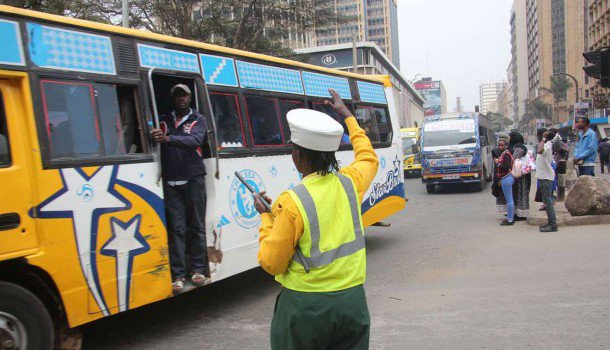 Just when Kenyans are debating on whether the return of Michuki rules will pass or Matiang’i and his team will be resilient in restoring order on the roads, new flog the industry reminding Kenyans that the new moves are serious and still being off loaded.

The Association of Matatu Operators has said it is not ready to move out of the CBD.

Chairman Jimal Ibrahim said they will resist the Nairobi County Government’s directive that bars them from accessing the CBD from Monday next week.

Speaking to the Star on Saturday, he said the termini suggested by the county government are not up to standard.

“Having no streetlights means that they are unsafe and the security of our members is at stake. There are no toilets and the termini are not in good conditions,” he said.

Ibrahim said matatus will move out of the CBD after the bus-stops are built to accommodate all matatus, security is enhanced and lavatories are constructed. He said the matatus have investors just like in other sectors. Ibrahim said they should have been consulted before a decision was made to move them from the CBD.

The county government has listed 11 termini that are to be used by the PSVs for only dropping and picking up passengers.

On Thursday, the county government via a public notice banned PSVs from the CBD from Monday,” the notice said.

“The operators are required to take note that the above changes take effect as from December 3, 2018.

“All previous gazette notices allocating any other place as picking and dropping areas within CBD are hereby revoked and become null and void as from Monday.”

Starting December 3, all matatus from Uhuru Highway, Waiyaki Way, Kiambu, Thika Road, Kipande Road and Limuru Road will pick and drop passengers at Fig Tree in Ngara while all high capacity buses from upcountry will be stationed at Machakos Country bus next to Muthurwa market.

PSVs plying Mombasa Road and Lang’ata Road will now drop and pick passengers at Hakati terminus while those from Jogoo Road will will now terminate at Muthurwa.

All matatus plying Ngong Road will now be expected to stop at Railways.

The notice continues to draw mixed reactions from both the matatu operators and city dwellers.

Do you agree with the matatus or should they move out of the CBD as directed?