The government has granted KNEC chairman Prof George Magoha his wish in the move to curb teenage pregnancies. Prof Magoha had argued that pornography websites contribute heavily to teenage pregnancies, urging the state to close accessibility to the sites in Kenya.

Information CS Joe Mucheru said the Communication Authority of Kenya has the mandate to regulate materials shown to children. “The Kenya Film Classification Board (KFCB) is now under my ministry and will work together with the CAK to ensure film content shown to our young people is regulated,” he said.

Mucheru addressed the press when he opened a two-day symposium for chief information officers at Enashipai Resort in Naivasha. It was organised by CIO 100 East Africa.

He said the government had made strides geared towards ensuring technological advancements are put in place in every ministry and departments.

On ICT, the CS urged telecommunication companies to use technology in advancing the Big Four agenda.

“My ministry has also received Sh1 billion that will be used to reward digital innovators under the white box initiative,” he said.

CIO 100 chief executive Laura Chite said advancement of technology in the financial and educational sector has played a major role in service delivery in the country. 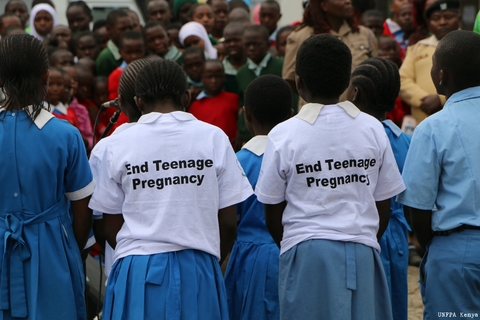 Several candidates wrote their exams either  from hospitals over giving birth, or while pregnant.

Kilifi and Kitui Counties recorded a high number in these pregnancies. Parents were the most blamed for failing to effectively act on their role as parents.

They were accused of not guiding and giving their daughters sex education with the state threatening to take action on such parents.

Do you think the ban on the pornography websites will help curb teenage pregnancies?