Mr Chiloba accused Mr Chebukati of fronting South African company Reflon for award of the tender for procurement of ballot papers, which was offered to Dubai’s Al Ghurair for Sh2.5 billion.

He also said Mr Chebukati’s former law firm was awarded contracts by the IEBC with his full knowledge. Mr Chiloba also dragged Commissioner Abdi Gulie into the IEBC tender scam saying he pushed for the leasing of Kenya Integrated Election Management (Kiems) kits worth Sh4.5 billion to be awarded to a Dubai company trading in the name of Smartmatics. The contract was later awarded to French firm Safran through the direct procurement method. 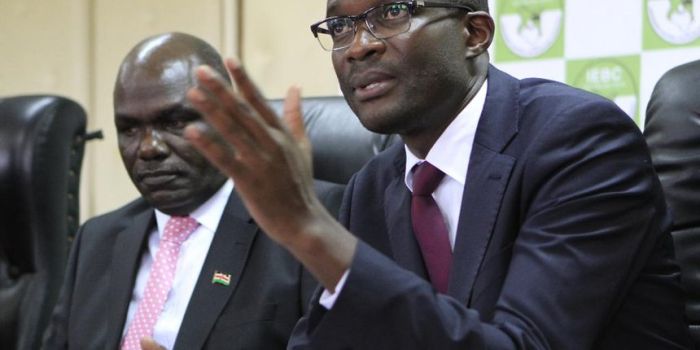 “No one should come here and say they never knew anything to do with procurement or they were never involved. All the decisions were made in the commission plenary,” Mr Chiloba told the Public Accounts Committee (PAC). PAC invited Mr Chiloba to shed light on the procurement of election materials for the last election after Mr Chebukati and commissioners Prof Gulie and Boya Molu distanced themselves from the controversial purchases. Mr Chebukati last week told MPs that the commissioners were not involved in the procurement since it was the exclusive preserve of Mr Chiloba as the accounting officer.

Yesterday, Mr Chiloba painted a picture of a divided commission that could not agree on procurement processes ahead of the General Election. He said a campaign to get him out of office was mooted when he stood firm on the distinct roles of the commission and the secretariat with regard to procurement.