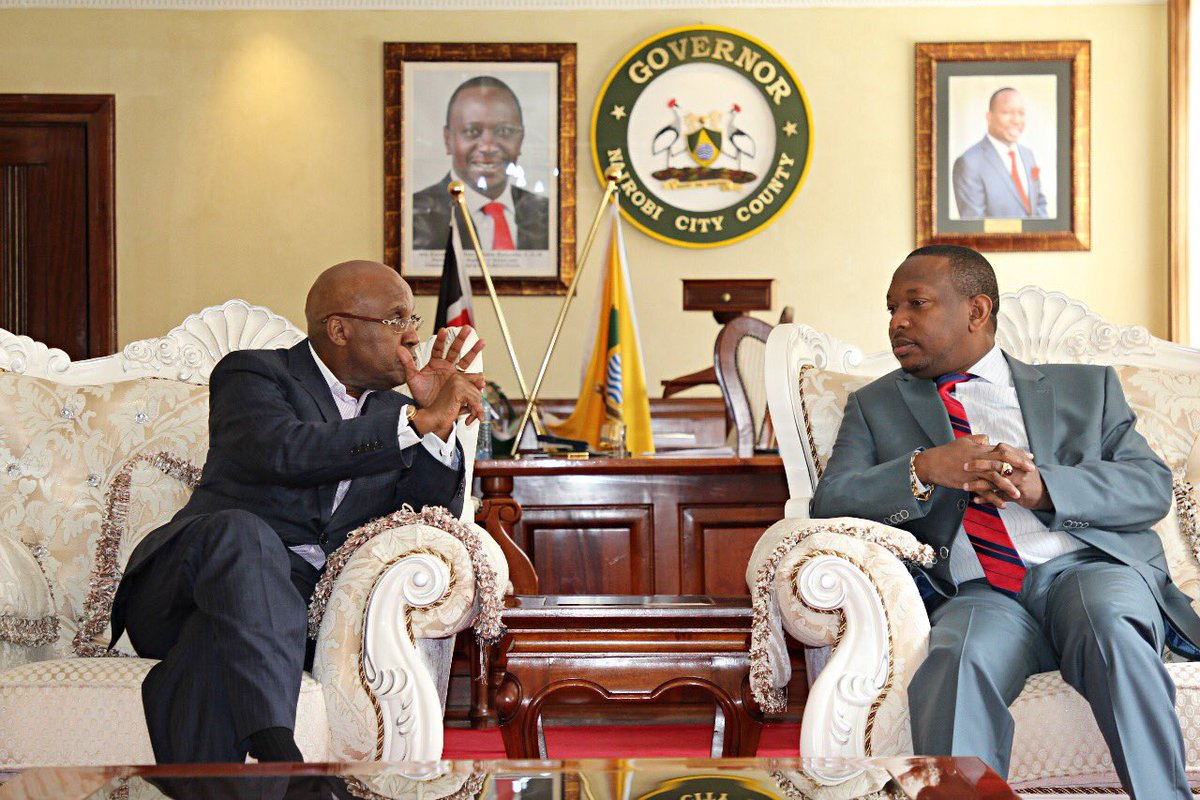 Details have emerged of business mogul Jimi Wanjigi and Nairobi Governor Mike Mbuvi Sonko’s private meeting.
In a tweet, Sonko disclosed that they met at his City Hall office when Wanjigi paid him a courtesy visit.

According to the Governor, the businessman expressed his satisfaction with the development in Nairobi County, especially in creation of a favorable work environment for investors.

Earlier today when businessman Jimmy Wanjigi paid me a courtesy call at City Hall. Mr. Wanjigi expressed his satisfaction with the development progress made in Nairobi City County by my administration in terms of creating a conducive environment for private investors. pic.twitter.com/FNLN51YwPR

Most Kenyans have not approved the meeting, with some of them saying the handshake between President Uhuru Kenyatta and Raila Odinga has locked out the common Mwananchi.

1st it was gv joho now wanjngi the handshake really working… we the common wanainchi shud learn alot from this…we were just used as weapons…we shud NEVER EEEVER allow that to happen.

I also want to pay you a courtesy call and express my thoughts on your development progress.
Hii Narobi ni yetu sisi sote??

Now that the Lord of Cartels have made his way to City Hall no one is safe. A scandal loading…..

Wanjiku is a visitor ONLY during election time. After that, pambana na hali yako. Kenyan philosophy.