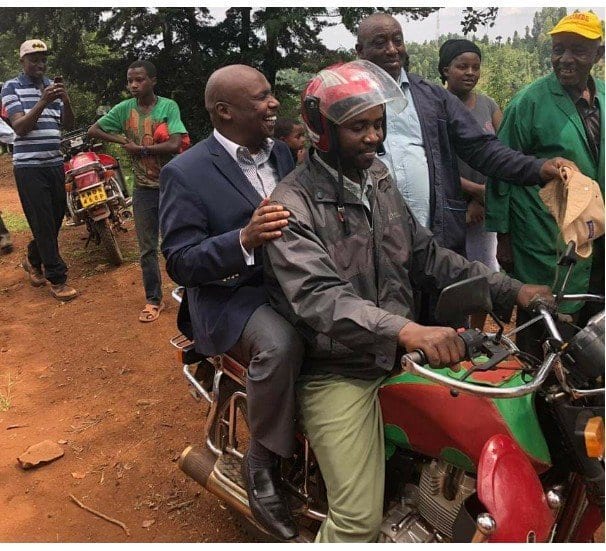 One boda boda rider will today sleep with his shoes on as he got the ‘once in a lifetime’ privilege of ferrying Baringo Senator Gideon Moi to the burial of the late Kasarani MP Mercy Gakuya in Muringa village.

The Senator whose chopper landed at Gaitheri Primary School,  Kiharu constituency was forced to travel on the motorbike after he failed to get a vehicle to take him from the school to the burial.

I bet you thought he was doing it as a symbol of humility to emulate Jesus who rode on a donkey right? Well, it turns out the Senator did not have a choice. 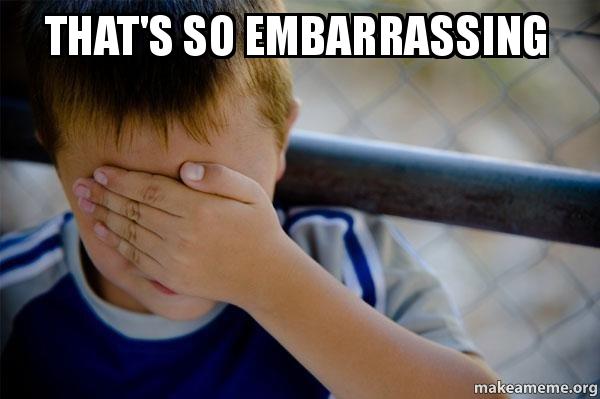 According to reports, the pilot thought he would get an open field near the venue only to be forced to land at the primary school that was kilometres away. The senator who was in the company of Tiaty MP William Kamket, hopped onto one of the bodabodas whose attention had been drawn by the landing chopper much to the amusement of the locals.

While addressing mourners, Moi challenged elected leaders to ensure they unite Kenyans regardless of their political affiliations saying that this was the only way the country will be able to realize meaningful development.

“The political turbulence we have experienced for the last few years have negatively affected our development as a country,” he said.

He further added that unity is a vital component or economic growth and called upon political leaders to preach peace and enhance a conducive environment for development.

“We have a responsibility as political leaders to make every effort possible to improve the living standards of our people,” Moi said.

The senator told mourners that he would criss-cross the central region seeking their support in the 2022 politics but said that his focus right now is on serving the people who voted for him.

MP Kamket on his part echoed Moi’s sentiments on the need for leaders to preserve peace saying that the only way we can improve our economic status as Kenyans is by creating a peaceful environment to live in.

Kamket accused a section of leaders who were using lies to look for votes asked Central region residents to take their time before making a conclusive decision over the 2022 elections and to ensure they place all candidates on a pedestal.

“I am asking my brothers and sisters from central region to evaluate all candidates before making their decision,” he said adding that the KANU party is ready to take over the leadership from the Jubilee government in 2022.

Nairobi ACK Bishop Joel Waweru who presided the burial service, hit out at politicians saying some of their actions are contrary to the voters expectations.

He cited numerous cases on confrontations witnessed in some county assemblies saying fighting among MCAs is a shame to the society. Bishop Waweru also said that politicians have failed to improve the standard of living for Kenyans as the maize, sugar and petroleum scandals are yet to be resolved.