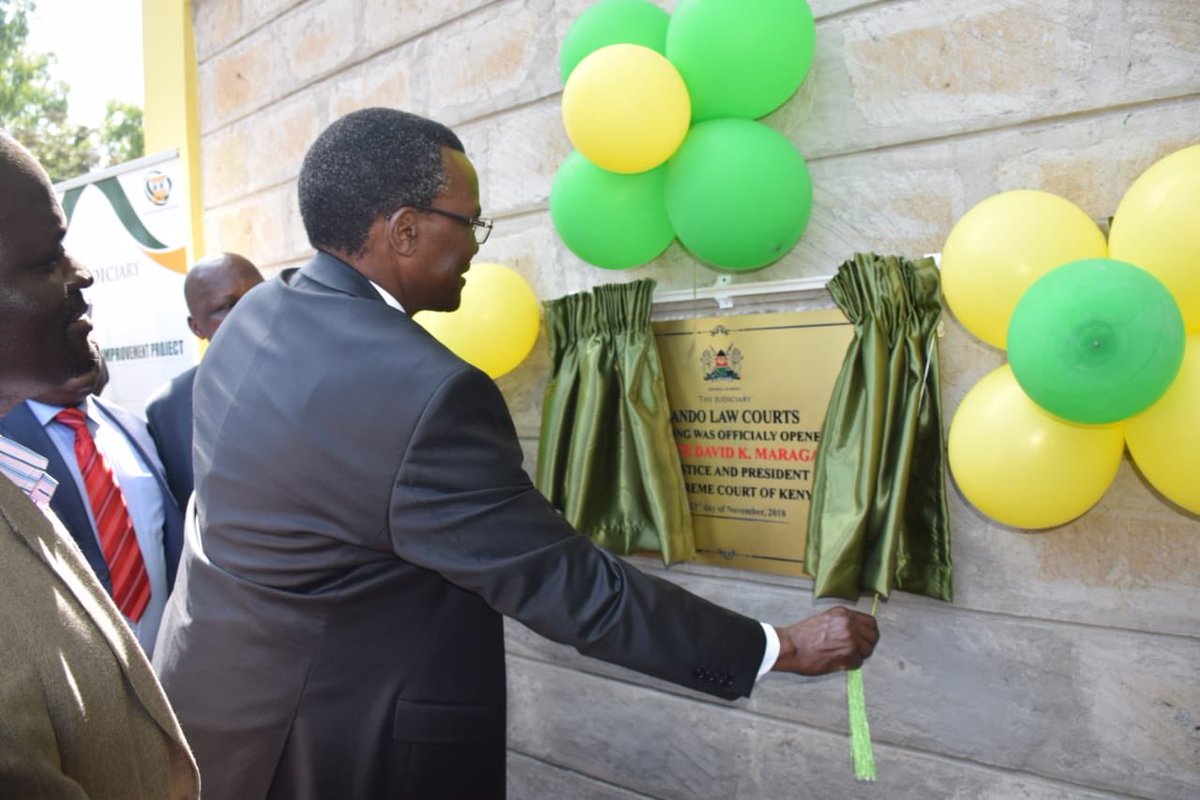 The President of the Supreme Court of Kenya, David Maraga yesterday presided over the opening of the Nyando Law Court in Kisumu County.

Today, I presided over the official opening of the new Nyando Law Courts building. The two-storey ultra modern building has three courts, three chambers, separate cells for men, women and juveniles,
client consultation rooms, and a lounge for advocates and judicial officers. pic.twitter.com/oLDXiIdcuA

“Today, I presided over the official opening of the new Nyando Law Courts building. The two-storey ultra modern building has three courts, three chambers, separate cells for men, women and juveniles, client consultation rooms, and a lounge for advocates and judicial officers,” said the Chief Justice in a tweet on his official Twitter account.

The Nyando Law Court building is the second court one to be launched this year after the Chief Justice recently opened a new one in Kigumo, Murang’a county. While opening the Law Court in Kigumo early this month, the CJ announced that the judiciary will construct more than 290 new courts countrywide to make justice accessible to Kenyans.

Speaking yesterday at the official opening of the new Nyando Law Court, the CJ reiterated that the ongoing constructions signified “our continued determination to facilitate easy access to justice for all Kenyans as one of the key deliverables in our efforts to transform the Judiciary.”

The project was funded by the Judicial Performance Improvement Project of the World Bank with hope that the new facility will result in greater efficiency in the delivery of services.

Maraga assured Kenyans that the institution was committed to clearing the backlog of cases and asked Kenyans to use mediation methods to handle cases which can easily be solved saying that cases such as succession and land can be easily solved without the Court’s involvement.

The Chief Justice also called for support from Kenyans and leaders to help address challenges in the judiciary including corruption and asked the judiciary staff to focus on effective service delivery to the public. He further asked Parliament to address the  Judiciary’s financial challenges. 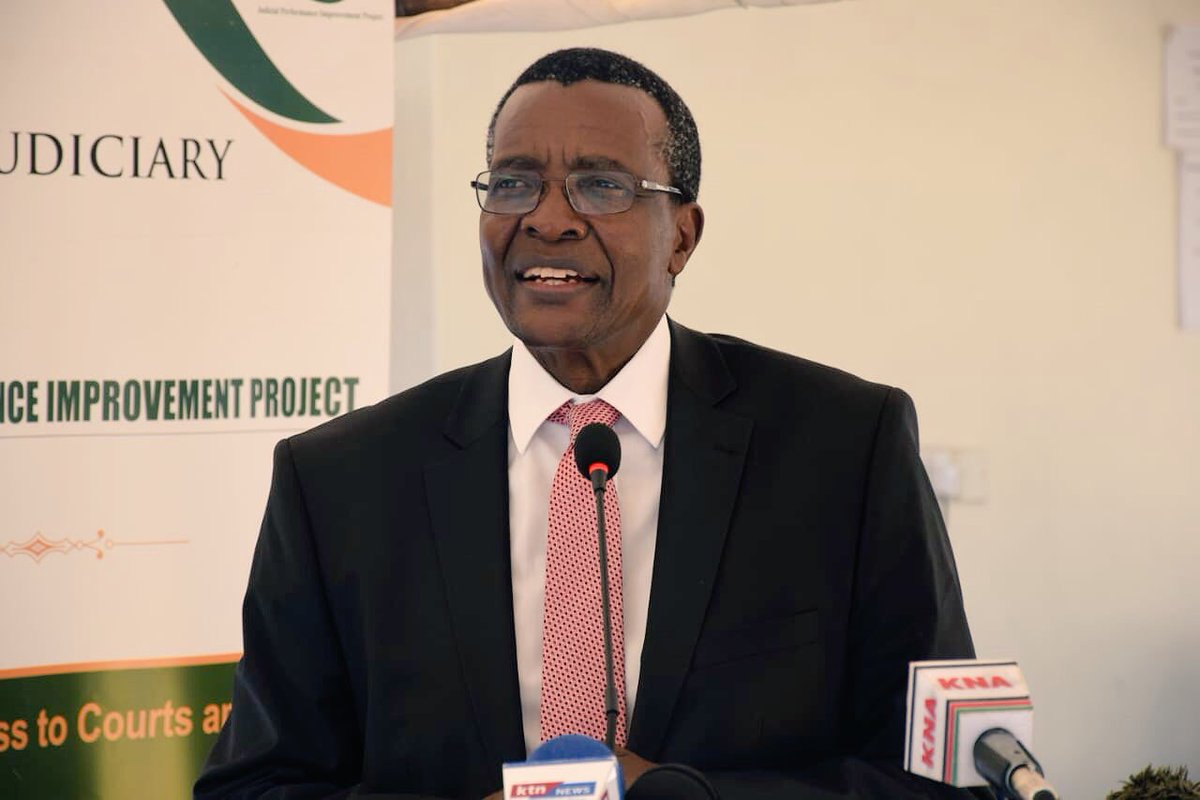 Speaking in Kisumu yesterday , Maraga also responded to recent criticism that has been channelled to him and the Judiciary saying that he recognizes that there is corruption and is committed to fighting it.

“I have never denied that there is corruption in the Judiciary. Corruption is everywhere and we are committed to tackling the problem,” said Maraga.

He however called out bloggers and ‘powerful individuals’ who he said are out to tarnish his name and that of the Judiciary because they lost cases in Court.

“We know those who are behind such blogs. They are unhappy with the rulings made against them. Judgments of their cases have not been in their favour,” he added.