Paul Pogba is targeting a swift return to action after the international break. The Manchester United midfielder missed last week’s derby defeat to City and had to withdraw from France’s squad due to a thigh injury.

But the 25-year-old does not expect to be sidelined for long, with United’s medical department not considering the injury to be serious.  The hope is he will be back when the Premier League resumes next weekend, with Crystal Palace heading to Old Trafford on Saturday.

Jose Mourinho is looking to bounce straight back after defeat to City effectively ended his side’s feint title hopes and wants Pogba back in his starting line-up. Pogba had pushed to be involved at the Etihad – only being ruled out after failing to come through a late fitness test the day before the match.

Mourinho was adamant he would not be able to join up with world champions France – preferring him to rest during the international break.

Pogba still met up with his country before France doctors confirmed he would be unable to play in games against Holland and Uruguay.

United also hope Anthony Martial will be back for Palace after the winger was forced to withdraw from France’s squad with an adductor injury.

Martial has been in outstanding form – scoring six goals in his last seven games. 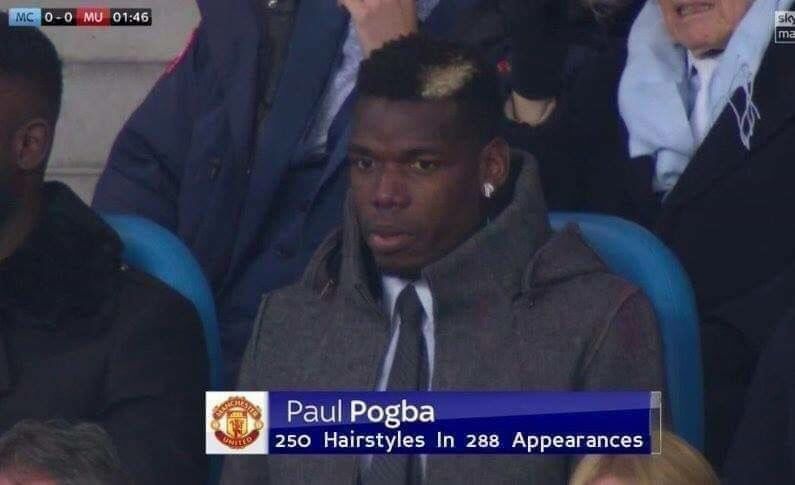 Pogba has also produced some of his best performances in a United shirt in recent weeks and revealed he is realising a dream to be back at Old Trafford after leaving for Juventus in 2012.

“When I came back to United, it was the best feeling ever,” he told Inside United. “I came back home. I always dreamed of playing for United, to have many games and score goals. Nothing had really changed, except for maybe the team and the manager, but the rest of the club was the same.

“I just came back home, it was like I didn’t really leave – I just went on holiday. It was a great feeling to come back home.”