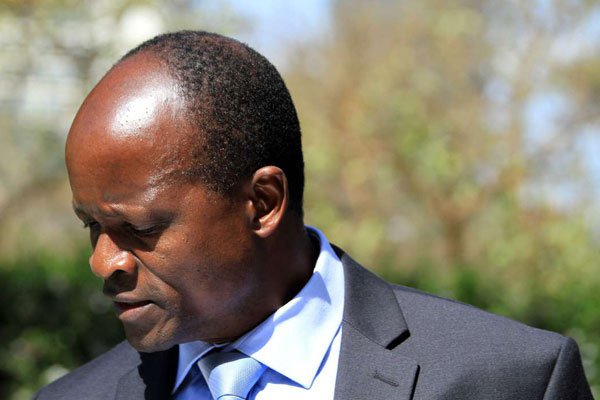 Migori Governor Okoth Obado was on Wednesday released on a Kshs 200,000 cash bail.

He was also given a second option of a Kshs 500,000 bond and a surety of the same amount.

Governor Obado Released On Sh. 200000 Bail. The magistrate in Kibra law courts has made a ruling to release Migori governor Okoth Obado with a cash bail of Sh. 200000 or a bond of Sh. 5000000 with a surety of the same.#VihigaYouthConvention pic.twitter.com/D4WPCNkIMx

In the ruling, Chief Magistrate Joyce Gandani of Kibera Law Courts ordered the governor not to interfere with investigations.

“From the Judiciary’s bond policy…there are no compelling reasons to justify the denial of bond here, and after considering all the factors here, I am satisfied that the respondent is not a flight risk and will appear for trials if need be,” ruled Gandani.

The release of obado is a sign that the judiciary are not ready to support Kenyans in the fight against impunity.

She further added that he was likely not to tamper with the investigations.

The prosecution had requested that the court detain him for 15 more days to allow them carry out investigations into the incident.

This was in connection with a raid by the Ethics and Anti-Corruption Commission (EACC) detectives on his homes on Tuesday where they found a total of eight guns.

They should release Obado and stop harassing him. They want us to believe that he is the only mafia in Kenya! They have never told us who killed Saitoti,Ojode,Muchai,Jacob Juma,Musando ,Wahome Gakuru etc… pic.twitter.com/liGI4DNuzA

EACC officers, in support of the Directorate of Criminal Investigations (DCI) ransacked his two houses in Migori and Nairobi before moving to his office.