Four KCSE examination candidates have been deregistered by the Kenya National Examinations Council over cheating allegations. Education Principal Secretary Belio Kepsang said the four would not continue with the remaining papers after they were found with mobile phones, contrary to the law.

KCSE Candidates arrested as crackdown intensifies Speaking at Kisauni police headquarters in Mombasa County, Dr Kipsang did not, however, reveal the candidates’ identities, school or county. “Students register as individuals, not regions or schools, and so we are going to deal with them in that capacity. I’m not going to mention any school or county,” said the PS. He warned candidates against smuggling materials into examinations rooms, saying if found they would be deregistered. “We ask invigilators to be thorough in their frisking to ensure unauthorised materials, including phones, do not find their way into the exams rooms. On the penalty of being found with such materials, the law is very clear; we shall recall the exam on the spot,” he said. The PS said the law allowed for the recalling of the examinations at any point if there was malpractice that can compromise integrity of the test. “If we observe cases of cheating at the end of the examination, the laws allow us to cancel the results. But if cheating is detected while the exam is ongoing, we recall the exam, which means deregistering the students,” Kipsang said. He said Mombasa had so far no cases of malpractice. Kipsang assured candidates that they would not be affected by the ongoing crackdown on PSVs.

In Kenya, this examination is the entrance to public and private universities and the pass mark is grade C+. Students who attain a lower mark than C+ join other tertiary institutions for non-degree courses. Over time, stringent measures have been taken by the government to ensure and sustain the credibility of the KCSE examination. However, there have been instances of breaches of these measures leading to examination vices such as leakage to some selected students who if undetected end up scoring high grades. In detected cases, such students have been punished by having their results cancelled and examination officials who participated in the cheating charged in a court of law. 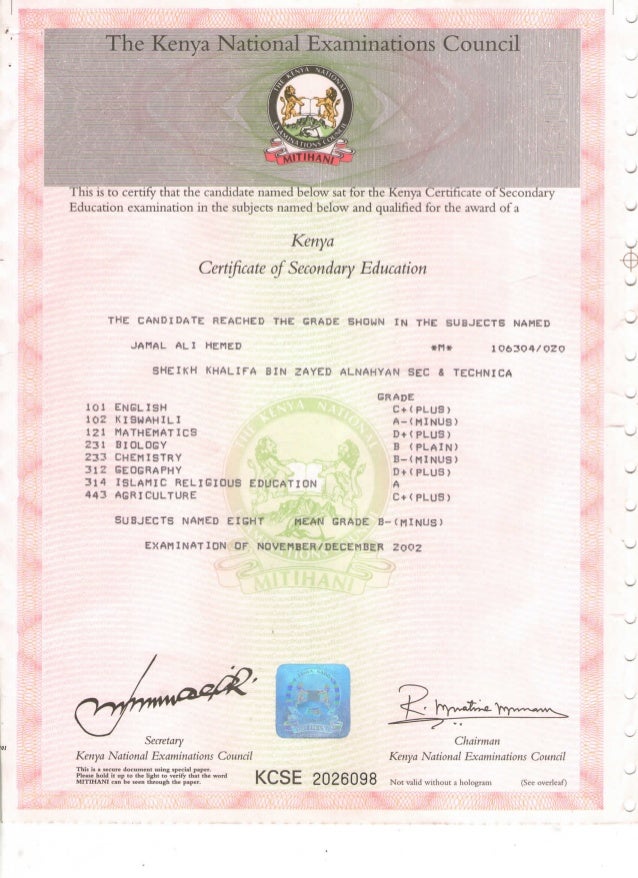 Each year, hundreds of thousands of students take the examination after four years of the Secondary School Course and this examination is a major determinant of the individual’s future career. A good grade guarantees one a place in one of the public or private universities in the country.