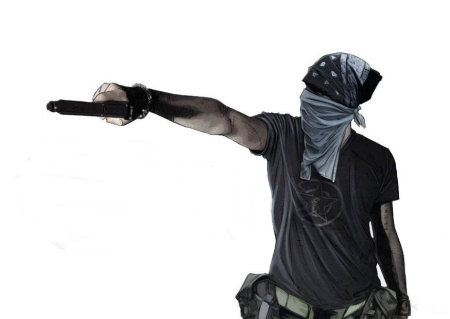 Days after Nairobi’s faceless crime buster Hessy Wa Dandora reacted to Inspector General Joseph Boinnet’s remarks that he is not a police officer,he has put yet another thug on spot.

According to Hessy, there’s a notorious thug identified as Kuchero, who is giving city residents sleepless nights.

As usual he warns suspected criminals via Facebook before they meet their tragic deaths.

He shared the photo of the guy with the caption below;

Hessy also called upon city thugs who are yet to reform to change their ways or face the wrath.

“when we issue warnings, they say we rantwhen we give them time to change they say we’ve slept,when we strike, they term it extrajudicial ,if you can’t reform, await to be deformed.”he said.

This is not the first time Hessy is warning thugs to change but he has done it severally.

Almost every week the crime buster warns criminals in the city to be aware that their days are numbered if they do not reform or they will be killed.

And true to his words the suspects are always killed and their dead bodies posted on social media as a warning to other gangs.

However his warnings have fallen on deaf ears.