Have you witnessed County governments working on dubious projects? Are you aware that County funds are the ones getting misused by these County bosses?

From Nairobi County’s exposure, the Auditor general has now exposed how all these governors are wasting money in counties. County governments are still blowing billions of shillings on dubious projects that deny the public much-needed services.

The Auditor General’s report on 2016-17 expenditures by county executives reveals widespread financial anomalies, unsustainable projects and imprudent ventures. It also reveals a litany of dead projects and suspect procurement not supported by documentation.

The revelations come at a time when the anti-graft war has intensified, with several county officials being investigated or charged with abuse of office and other economic crimes.

Busia’s Sospeter Ojaamong became the first governor to be charged with corruption in July.

Machakos county under Governor Alfred Mutua is among those cited for reckless spending. For instance, in 2014, Mutua’s administration signed a Sh42.5 million contract for the supply, delivery, installation and commissioning of 250 greenhouses at Sh170,000 each.

An advance payment of Sh17 million was made in June that year and another Sh10.6 million paid in the last financial year.

The county could not provide any records of the number of greenhouses supplied and installed, or even delivery notes.

“As a result, the validity and propriety of the expenditure [Sh27.6 million] incurred so far cannot be confirmed,” Auditor General Ouko concluded.

Auditors also queried the payment of Sh91.2 million as legal fees to law firms that was charged to other operating expenses. The audit found that a state officer employed by the county was among individuals whose law firm was paid Sh32.6 million.

The county also awarded a Sh32.4 million contract to supply a stone crusher in April 2016. An advance payment of Sh6.4 million was wired to the supplier in September that year.

However, almost two years after the contract was awarded and a substantial payment made, the crusher has not been delivered.

In Vihiga the county executive under Governor Moses Akaranga could not provide proof of expenditure of Sh809,602,530 million for goods and services. The audit queries Sh10 million for rehabilitation of Itando Talent Centre and Sh346 million for staff allowances.

“The executive did not specify the terms and conditions of service for this category of employees. Further, Sh74 million was paid to casuals working in Vihiga, Mbale and Luanda in the departments of health gender, sports and trade in unclear circumstances,” the Auditor General said.

Among others, the auditors queried the irregular procurement of Sh8 million sports equipment, and award of contracts worth Sh333 million to contractors not registered with the National Construction Authority as required by law.

Among others, the audit queries the payment of as much as Sh239 million to individuals, both staff and non-staff, for unspecified purposes.

The Auditor General flags the county executive for non-adherence to budgetary provisions in increasing the allocation to the county assembly from Sh483 million to Sh648 million. The increase exceeded the one per cent legal limit by Sh280 million.

In Busia, the county executive allocated Sh2.9 billion to 10 departments for development but spent only Sh2.3 billion.

As a consequence, the government failed to implement projects valued at Sh661.3 million, thus denying residents services they were entitled to, the auditor said.

Though the county paid Sh52.7 million for construction and completion of an accident and emergency unit at the Busia County Referral Hospital, physical verification two and half years after expiry of the planned completion date revealed the project had stalled. The contract was to be executed in 12 months.

Another Sh31.5 million was paid to Sydcas Construction to put up a maternity and newborn unit at the same referral hospital. The project was timed to be concluded in less than one year but physical verification two and half years later showed that the project had stalled at 40 per cent completion, and the contractor had left the site.

The department of Health paid Sh9.9 million as agency fee to clear transportation of digital equipment from the Port of Mombasa to the Digital Health Village at Amukura but it was never delivered. 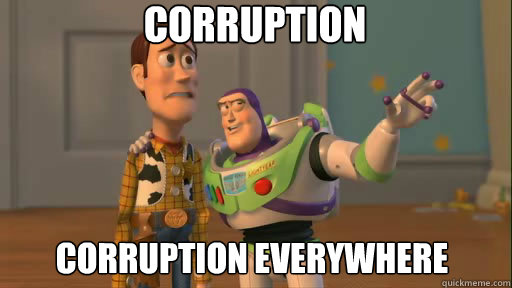 There was also unsupported expenditure of Sh28 million on a policy development workshop and Sh4.8 million as a feasibility study for the proposed Busia International Airport. The contractor had not submitted any designs as required in the terms of reference, though the period of the contract had lapsed.

Bungoma county, then under Kenneth Lusaka, is on the spot for sending its eight Public Service Board members to Uganda’s East and Southern Africa Management Institute, ESAMI, instead of the Kenya School of Government. The training cost Sh5 million.

The county reallocated Sh60 million from other areas to garbage collection that was not budgeted for, in violation of the Public Finance Management Act.

The county executive is faulted for spending funds on white elephant projects, especially the chicken slaughterhouse at Chwele, which remains moribund after gobbling up Sh35 million. The audit found that the project with a capacity of 1,000 chicken per day “is not functional despite being complete, casting doubt on feasibility studies having been conducted”.

Similarly, the county executive spent millions to construct a high-altitude training centre in Mt Elgon, however, the contractor had abandoned site after being paid Sh14 million.

Among others, the auditors query the expenditure of Sh53 million to construct the Bungoma County Hospital perimeter wall, which remains incomplete despite contractor having been paid Sh32 million.

But perhaps the most jaw-dropping query in the Bungoma audit is the upgrading of the Misikhu-Naitiri-Brigadier road for a Sh1.1 billion contract awarded to a local company.

The auditor says the road was to be completed within 24 months (by December 2018). But the contractor, who had been paid Sh217 million for 20 per cent completion, had left the site.

The auditor queries how the county government initiated the project which could not be financed by its annual allocations. The national government was expected to provide a conditional grant of Sh500 million, which had not materialised.

Kakamega under Governor Wycliffe Oparanya is faulted for not keeping an asset register of its property worth more than Sh4.9 billion.

During the financial year, 31 projects with a contract price of Sh204.3 million had either been abandoned or stalled.

According to the audit for the 2016-17 financial year, the projects had stalled or were abandoned for reasons including poor project management and inability of the construction firms to do the work.

However, the projects stalled after Sh75.5 million had already been sunk into them.

“The executive may end up not getting value for money,” the auditor warns.

The reports were tabled in the Senate by Majority leader Kipchumba Murkomen.