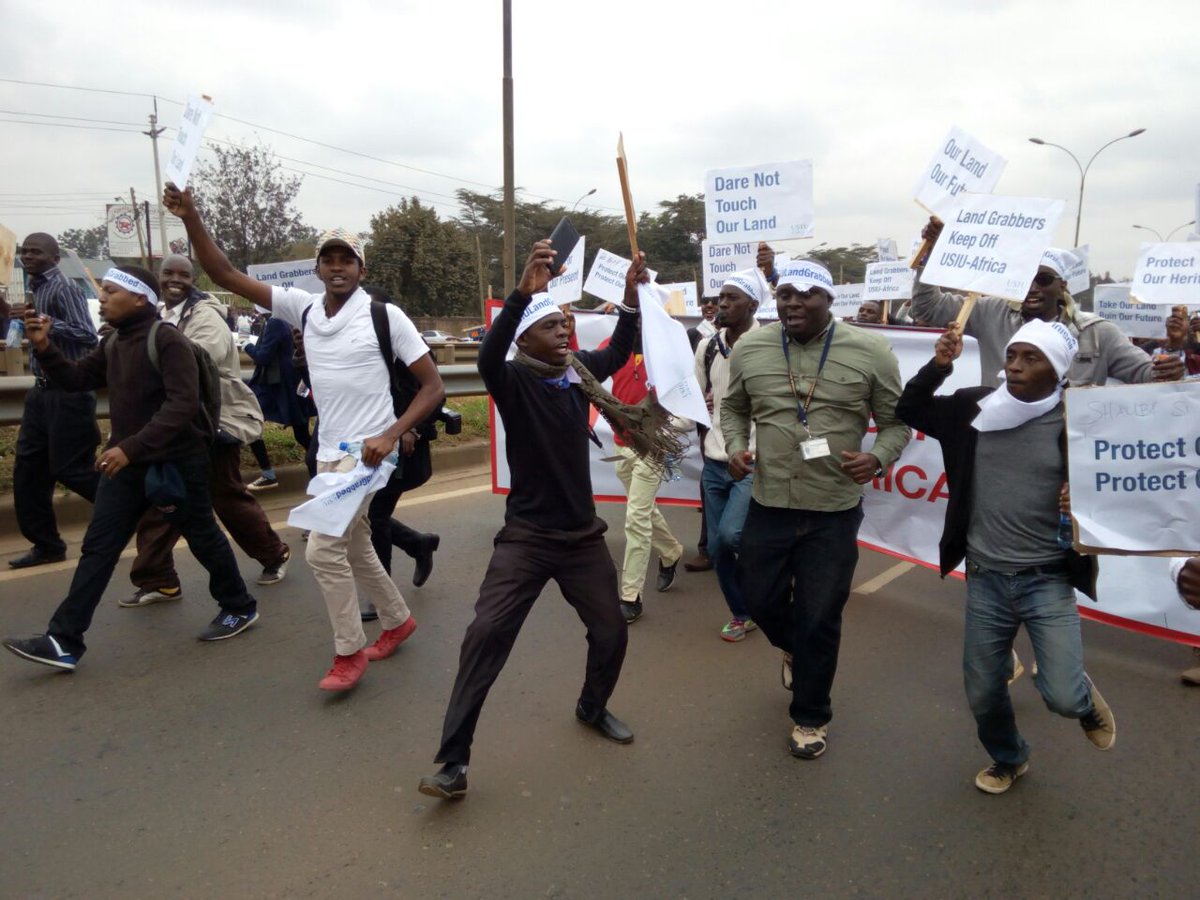 Why is public land sweet though?There is a pile of land grabbing cases in court that are dragging on and on with some involving learning institutions that have had to take to the streets to stop the daring crime that has seen big businesses like Taj Mall go down.

It gets very interesting when its state land like witnessed by three who were arrested for fencing off part of Eldoret State lodge.

They claimed they had been deployed by a former State House Comptroller, who claims to own part of the state lodge land.

The story unravels amid ongoing investigations into how more than 4,000 acres of land belonging to KDF was grabbed at Moi Barracks.

Area OCPD Richard Omanga said: “The matter is still under investigations because those people claim to have documents for the land.”

“I cannot comment further over the matter but those arrested are helping us with the investigations,” the police said.

The parcel, about ten acres, is located directly opposite the State lodge and is usually used for parking by State guests.

Sources revealed that the security team, which toured the State lodge land, was surprised to find beacons erected within the protected area.

“Those involved must be very daring or well-connected because they have the guts to move in and fence off land in a protected area,” a former police boss said.

The NLC is yet to release the report on its investigations on how land belonging to seven state lodges was grabbed by private developers.

Most of the developers claim to have been allocated the land during the regime of retired President Moi. Mombasa, Eldoret, Nakuru, Kisumu, Kakamega, Mtito Andei, and Kitale State lodges are affected.

Additional GSU officers were deployed to guard the facility after the incident.

Top police commanders in the region, Eldoret East DC Norbert Komora, and officials from the Uasin Gishu county are reported to have led the operation.