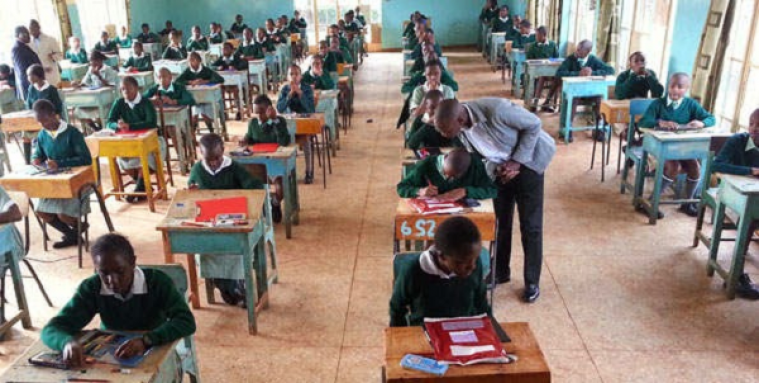 Even though no cheating has been reported in the ongoing KCPE exams, there has still been several mysterious cases being reported across the country.

On Tuesday, several girls across the country sat for their exams in hospital after giving birth a few hours to the exam. One of the candidates even named her child after Education Cabinet Secretary Amina Mohammed.

Some candidates also missed their exams after dying under mysterious circumstances, while two girls in Kilifi County decided that they would get married on the exam day. I wonder why someone would work so hard for eight years, then decide to ditch all that at the crucial moment.

But now it seems all that was just a dress rehearsal for what am going to tell you. Some 17 candidates in Narok county are currently going through a tumultuous period, after their exam materials mysteriously went missing on Wednesday morning. According to area County Police Commander Thomas Ngeiywa, the Kiswahili, Insha and Science papers  belonging to Olenamuka Primary School in Narok North constituency went missing while being transported to the school after they were head picked from a container at Olokurto at around 4am.

“It was around 4am when eight head teachers picked up their papers while being escorted by police in one vehicle. When two teachers alighted from the vehicle, one of them realized she didn’t have her materials,” said the County police boss.

The incident comes at a time when Interior Cabinet Secretary Fred Matiang’i has rubbished claims that the police have militarized the national exams. Well, it seems that despite all the security, exams can still disappear. Welcome to Kenya. Following the incident, Police in Narok are holding a head teacher identified as Ann Kirui. “She (the suspect) is telling police that she doesn’t know how the consignment went missing with her belongings. She is now in our custody,” said Ngeiywa.

Ngeiywa said police are investigating the matter and consider it to be is foul play. “We have instructed all officers to look for the materials but we’re yet to trace them meaning there must have been foul play in the incident,” he said.

Security teams led by Narok County Commissioner George Natembeya and area CCIO Zachary Kariuki were holed up in a crisis meeting at the school over the issue.