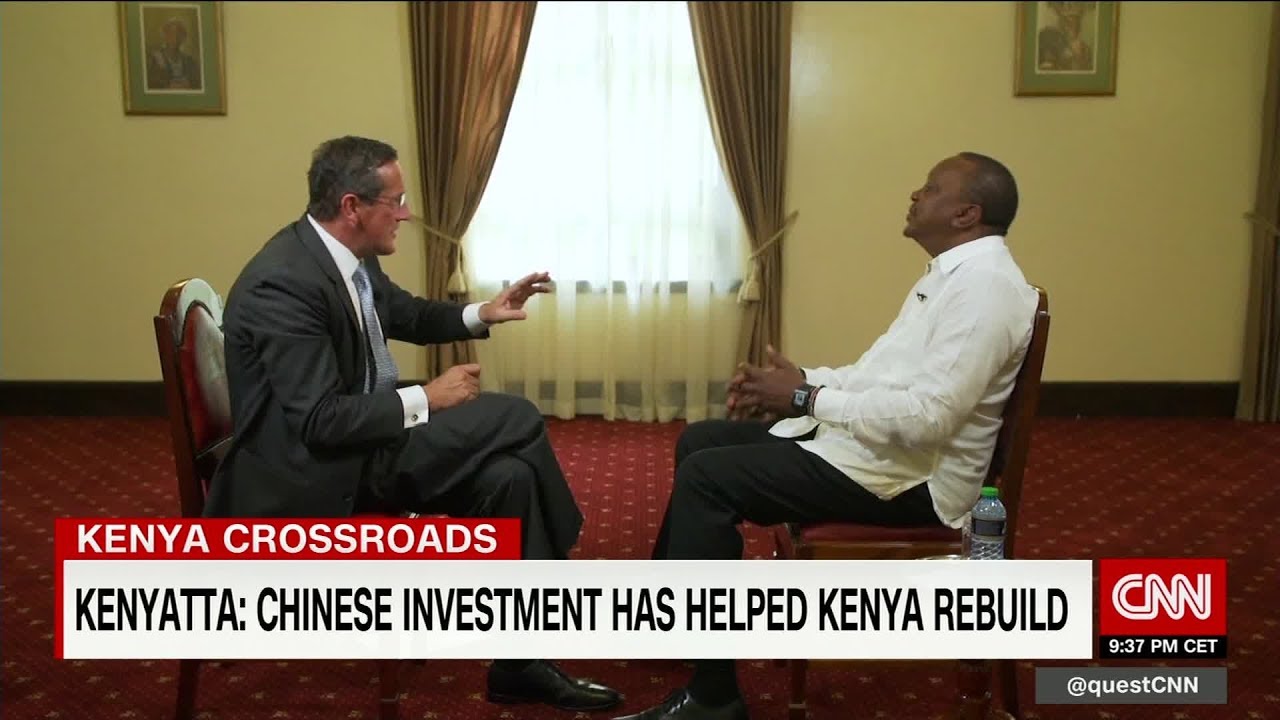 President Uhuru Kenyatta has said he will not  amend the Constitution to extend his tenure and will retire from office in 2022  after his second and final term comes to end.

In an interview with CNN journalist Richard Quest, President Kenyatta said he is not interested in a third term in office despite the political undertones calling on him to remain in office longer.

There are people in State House who seriously believe that President Uhuru shouldn’t retire. They are serious about it so take them seriously. People around him.

“Your term of office ends in 2022. You have said the Constitution prevents you from standing again. Are you trying to going to try and seek to change the Constitution?” Quest asked President Kenyatta, who responded with an emphatic “No.”

“I am not interested,” added Kenyatta when asked whether he would heed the call of those asking him to remain in office.

President Kenyatta went ahead to explain that the calls for a referendum from a section of political leaders is not about extending his tenure but reducing the cost of running the government.

“People are talking about Constitutional change not necessarily that they are desirous for the president to seek a third term but because of issues related to the cost of running this Constitution,” said Kenyatta.

The President’s sentiments come amid claims that a section Jubilee leaders are mulling over the possibility of amending the Constitution to make President Kenyatta a powerful prime minister once his term expires in 2022.

Good morning @UKenyatta , don’t allow people refering to themselves as “Mt Kenya” parliamentary group meeting in Naivasha to ruin your “dream legacy” don’t allow them to discuss your political future past 2022. @BarackObama retired and is still young. #IfikieUhuru #Kot

The possibility of amending the Constitution to make President Uhuru Kenyatta a powerful prime minister once his term expires is among the issues expected to dominate a Mt Kenya parliamentary group meeting in Naivasha Monday.
Nominated MP Cecil Mbarire is the chairperson of the caucus that boasts 90 lawmakers from Kiambu, Kirinyaga, Murang’a, Nyeri, Nyandarua, Embu, Meru and Tharaka-Nithi counties.
Other MPs with roots from the region come from Nakuru, Laikipia and Lamu counties.

Though organisers say the meeting will be about development and support for the President, another lawmaker said the agenda would include talks on the possibility of making the Jubilee leader premier in 2022.

The question however most kenyans havent asked themselves is , is it worth it to make uhuru continue with the presidency ??