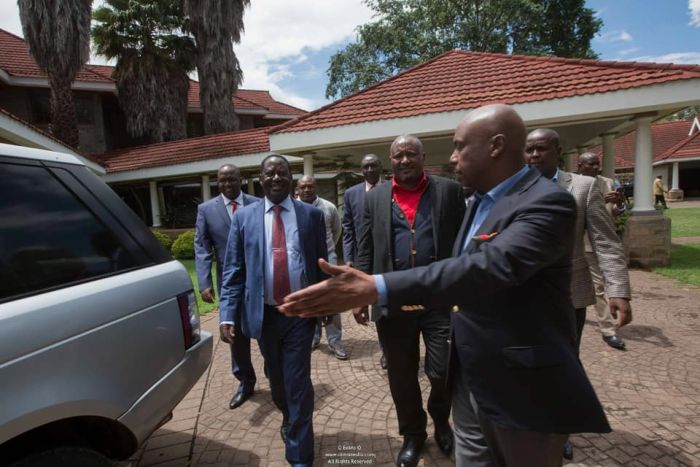 Baringo Senator Gideon Moi has been endorsed by former prime minister Raila Odiga’s backyard for a possible presidential race ticket in the next electioneering period of 2o22.

This poses a political dilemma as a section of Luo-Nyanza leaders now say that Gideon was the only leader fit to be the next Kenya’s president after President Uuru Muigai Kenyatta.

A section of ODM Party members had earlier confirmed that Odinga is still active in local politics and God willing he will be on the ballot caome 2022. 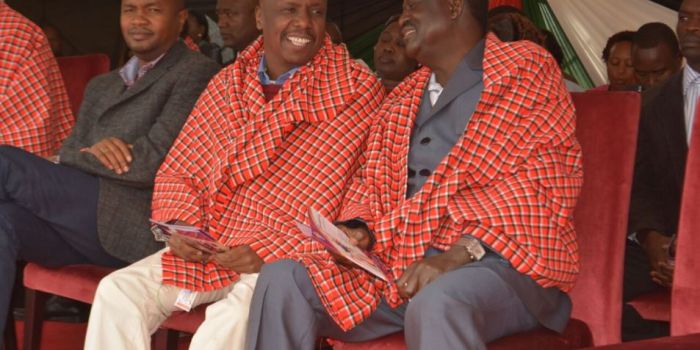 A section of Luo-Nyanza leaders who were speaking at a church in Homa Bay County on Saturday flanked led  by Senator Moses Kajwang declared that Moi was fit to pair up with Raila Odinga  in the 2022 succession politics.

Kajwang’s statement again posed a dilemma on how the 2022 politics will look like, by him citing that Moi and Odinga were fit to pair.

Will Moi deputise Odinga in the presidential race? It remains unknown on who to be a running mate of who.

However Kajwang’ held that he was convinced that Moi had already won many hearts given his humble personality despite being the son of retired President Daniel Moi.

“I pray that he (President Uhuru) hands over power to Raila and Gideon,” stated the senator, adding that; “When we talk about Raila or Gideon taking over power, it is not about dynasties but capability. Gideon is so humble it is hard to imagine he is the son to a former President. He has won many hearts.”

The leaders were at Wikondiek SDA Church in Karachuonyo, where Gideon presided over a fundsdrive. Today, Sunday, October 28, 2018, Moi will again preside over another harambee for women traders in Homa Bay.

Senator Moi, on the other hand, spoke on the ongoing debate, calling for a referendum and at the same time praising the ODM leader’s move to work with President Kenyatta.

“The fruits of the handshake have been seen. It is part of why I am here today. It has given leaders the freedom to travel to every part of the country without fear,” held Senator Moi, who doubles up as the KANU national Chairman.

Senator Moi who has already declared his interest in the Presidency come 2022 is likely to face a major rivalry from the Deputy President William Ruto.

Several Politician including Raila Odinga and his deputy Hassan Joho have in the recent past visited Kabarak, in what is believed to be a possible appeal to the former President’s backing and guidance on the 2022 presidential race.