David Ndolo, Alex Mulwa and Stafford Ondego on Friday appeared before Court to face charges of cyber crime after they release on bond from police cell at KICC police stations on Wednesday evening.
However, the three suspects have narrowly escaped charges shortly after presenting themselves.
They have been discharged after a magistrate’s court was told that the sections of the law which they were to be charged with were quashed out of law.
They were to face prosecution over allegations that they were paid by Sports Cabinet Secretary Rashid Echesa to edit compromising photos of Kakamega Senator Cleophas Malala aimed at spoiling his reputation. 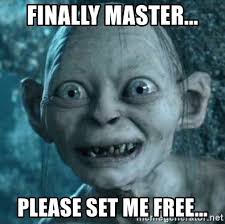 Chief Magistrate Francis Andayi discharged David Ndolo, Alex Mulwa and Stafford Ondego after the court was told that the sections of the law which they were to be charged with were quashed by the High Court.

On Thursday, police summoned Sports Secretary Rashid Echesa after he was linked to Photoshopped ‘nudes’ of Kakamega Senator Cleophas Malala.

Echesa was linked to the ‘nudes’ by the three journalists who were arrested and arraigned in court on Thursday.

The three alleged to be Rashid’s hatchet men, were arrested on Tuesday evening and locked up at KICC police station. They were released on police bond on Wednesday.

Police say Rashid has denied any involvement in the fake nude photographs. Malala has maintained the CS has a hand in the matter. One of the investigators said they have forwarded the nude photos for forensic analysis.

Speaking during a press conference at parliament buildings on Wednesday, Malala said Echesa sent his photos to the journalists so that they take off Echesa’s head and fix Malala’s.

Rashid, a self-professed ally of Deputy President William Ruto reportedly paid some three journalists to photoshop Malala’s image to portray him in a compromising situation with a non-existent woman.

The strategy was to flood the Internet with the pornographic pictures in a bid to tarnish Malala’s reputation, especially in Kakamega, where their supremacy battles have played out openly.

The vocal Malala, a close ally of Opposition chief Raila Odinga has been chiding Rashid, a former ODM national youth leader, as a Standard 7 drop-out who does not understand his work as CS.

Malala cited that phones that were being used by the arrested journalists to communicate with the sports CS were confiscated and they would not hand them to police until they get an expert to get them a copy.

He argued that the exhibit may be tempered with if handed over to the police.