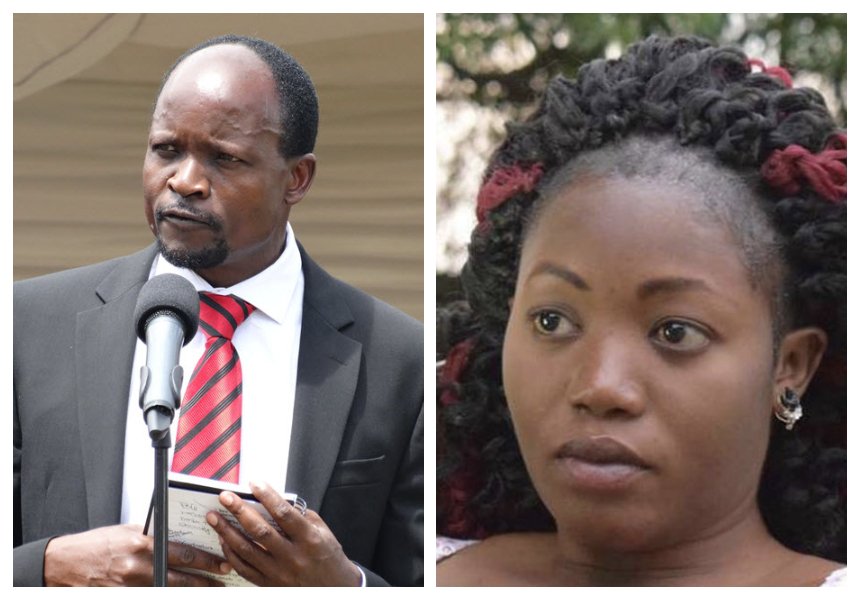 When police Police investigators arrested the governor ,his lawyer Cliff Ombeta protested against the arrest and the decision by the DCI and the DPP to charge Obado, claiming it was done in response to public pressure.

Ombeta defended his client, saying he owned up to fathering the child and would not have murdered his love.

“It was an act of love on the governor’s part, but on the other side it’s an act of malice by the DCI and the DPP. We’ll fight them in court. They are destroying the career of an innocent person. They should be ashamed,” he said

¦BREAKING NEWS¦ MIGORI governor Okoth Obado freed on Sh5 million cash bail, his personal assistant Michael Oyamo and County Clerk Caspal Obiero to remain in CUSTODY. Hearing for the case in relation to the murder of Sharon Otieno set for May 16-17, 2019. #VinduVichenjanga ? pic.twitter.com/K6HHfbU22R

After weeks in court Migori Governor Okoth Obado has been freed on a Ksh.5million bail .

Obado is also expected to pay two sureties of a similar amount and avoid going anywhere near the murder scene.

Okoth Obado has however been warned against going anywhere near the home of the said lover.

“He shall not go anywhere within 20Kms of Homabay County boundary on all sides of that county,” Justice Jessie Lessit warned.

She further directed that Obado should not skip any court session as his bail could be revoked at any time.

The Migori Governor will not even be in a position to visit the grave where sharon was buried.

Lady Justice Lessit further warned Obado against communicating with the parents, siblings or rather any close relative of the deceased.

“The accused will refrain from contacting or intimidating whether directly or by proxy witnesses in this case,” she said, adding that he should not discuss the case in a political meeting or private gathering.

The Prosecution stated that they would be calling 30 witnesses in the case.

The High Court judge further directed Obado to deposit travel documents and be reporting to the deputy registrar once a month.

The hearing will then commence on May 6-17 the same year excluding Saturdays and Sundays.

The Migori Governor was charged over the murder of Rongo University student Sharon Otieno on September 24.