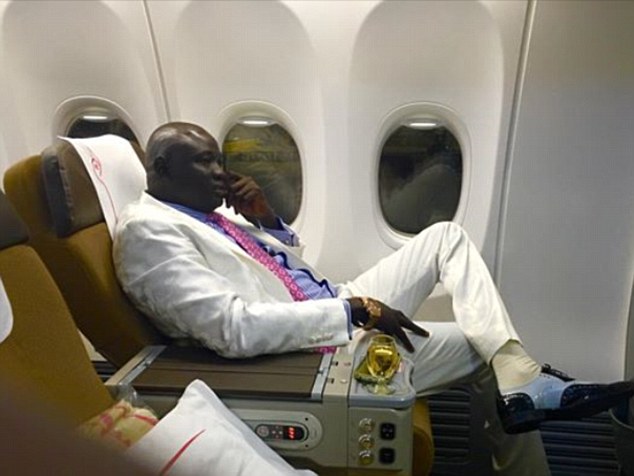 Controversial South Sudan tycoon Lawrence Lual Malong Yor Jnr is a man of large means and fat pockets, and he loudly tells it to anyone who cares to listen.

The ‘Young Tycoon,’ as he likes to call himself, also stated that he is currently staying at the Presidential Suite of a top Nairobi hotel where he is paying $2,500 (Ksh.250,000) per night.

When questioned about the source of his immense wealth, Mr. Yor – seemingly cagey – said “I got my wealth from my Lord Jesus Christ.”

“My Lord Jesus Christ blessed me; I fly on private jets… I live in Presidential suites… I am blessed,” said the 30-year old.

Mr. Yor, who also said he has ambitions of being world famous, further dismissed allegations that he is the son or step son of former Chief of General Staff of the South Sudan Army, General Paul Malong.

Paul Malong: The Chief of General Staff position is a post all over the world.

He further added that: “In our culture, in the Dinka culture, when you call someone somebody else’s stepson you’re abusing them.”

The documentary also portrayed Mr. Yor as General Malong’s son, a claim the two have now come out to refute. 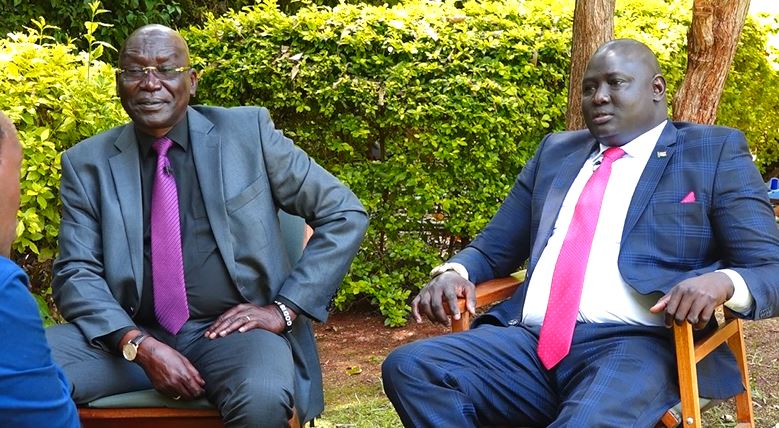 General Malong, who was sacked by South Sudan President Salva Kiir in May 2017, denied orchestrating the bloodbath in South Sudan which led to the displacement of over two million people in a span of slightly over two years, beginning 2013.

Mr. Yor, in turn, denied claims that he benefited from these alleged proceeds gained by General Malong’ from the civil war.

Mr. Yor first came to public limelight when he posted a video of himself lying on a bed splattered with $1 million (Ksh.100 million) which he claimed was a donation to charity.

In the now viral video where Mr. Yor referred to himself as one of ‘Africa’s youngest billionaires’, he also alleged to have previously donated $5 million (Ksh.500 million) to the Kenya Red Cross and the South Sudan Red Cross, adding that he had made other million-dollar donations to churches in Juba and Nairobi.

Gen. Paul Malong Awan has been the architect of immense human suffering in South Sudan. Malong was in charge of recruiting the Mathiang Anyoor militia that the African Union found to have committed mass killings in Juba in December 2013. pic.twitter.com/LJFFgC13Ak

Noellah Musundi, public relations manager at the Kenya Red Cross told “Newsweek”: “The claims in the video [by Mr. Yor] are not correct. We are following up on this false claim, which is misleading and malicious.”

John Mayom, the head of communications at the South Sudan Red Cross told “Newsweek”: “I am not aware of that donation, and I should be the first person to know about it.”