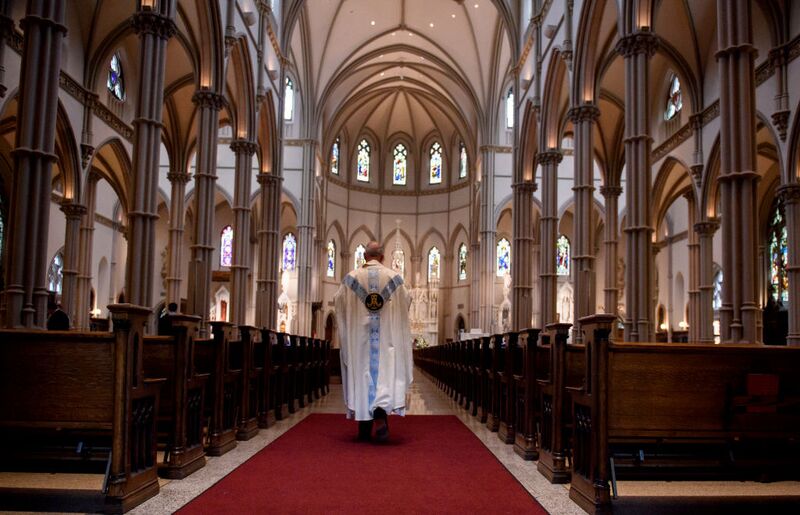 A suspended Catholic Church has been preying on female parishioners.

According to sources, the priest has been inviting young women to his residence and seducing them.He would also arrange outings in hotels where, among other things, he would allegedly swim nude, as well as invite girls for parties and some them with alcohol.

According to Father James Mungai, who is the dean in Githunguri,  confirmed the claims against the priest, saying they were under investigation.

He further added saying that he had just been posted to the area and was not in a position to comment further on the allegation  to Father Augustine Kiarie was accused off.

The area chief Stephen Mwaniki, a member of the church, said he was aware of several allegations against the said priest. However, none of the cases had been reported to his office or the police, making it difficult to “discuss much about them”.

A church elder was aghast that the official residence of the priest had been desecrated.

According to one of the church elders, “A priest’s residence is supposed to be a sacred place and should be respected. It is unfortunate that this priest had turned it into a place to satisfy his lust.”

Some of his victims who were said to be minors, when they got pregnant, the priest allegedly helped them to procure abortions, which the church doctrinally opposes. In one incident, he reportedly gave Sh40,000 for the purpose.

In a revelation from one of the victims parents, said the priest mostly targeted young girls in high school or those who had just finished secondary school.

In addition, “He would take them to big hotels where he would swim while naked. Very immoral,” the parent claimed.

The allegations have forced the church to suspend the priest and set up a tribunal to investigate his conduct.

The priest has been banished to John Paul II, a rehabilitation centre for wayward Catholic priests in Murang’a.

According to another parent whose daughter is an alleged victim, the priest planned a tour for the church youth early this year where participants paid Sh500. Despite him being unable to raise the money, his daughter still went for the excursion in one of the hotels at Red Hill on the Ruaka-Limuru road.

When she returned at around 9.30pm and was asked about the tour, she said some of the activities that went on shocked her.

“When I pressed her to say what had happened, she said some people were swimming while naked which she did not like,” the parent said

Little was made of the incident until Labour Day this year when the girl, now in university, took some of her clothes for sewing at the local Kambaa Trading Centre.

After leaving the clothes with the tailor she went to the church only to return home drunk. She was also bleeding, the parent said.

After assessment at a local clinic, she was referred to a hospital in Githunguri.

“My daughter had not told us what the problem was, perhaps out of fear. At Githunguri, she was admitted and I paid a bill of over Sh12,000,” the parent said.

Sources said she had procured an abortion with the help of the priest.

“I would have boldly followed up this matter but my spouse is against it because it may cause bad blood between us and other church members,” the parent said.