The Director of Public Prosecution , Noordin Haji has issued a statement saying their is sufficient evidence  to allow the court to charge Jackie Maribe and Joe ‘Jowie’ Irungu against the murder of Monica Kimani in her home apartment in Kilimani.

“I have independently reviewed the evidence so far on record and I’m satisfied that there exists a prima facie case to warrant criminal prosecution against the following individuals (Maribe and Jowie) for the offense of murder contrary to section 203 as read with section 204 of the penal code,” he said.

DPP Haji has said that he has arrived at this critical decision to let the two face the murder charges labelled against them after going through the files of evidence which was gathered by the team which was investigating the murder of Monica  Kimani. 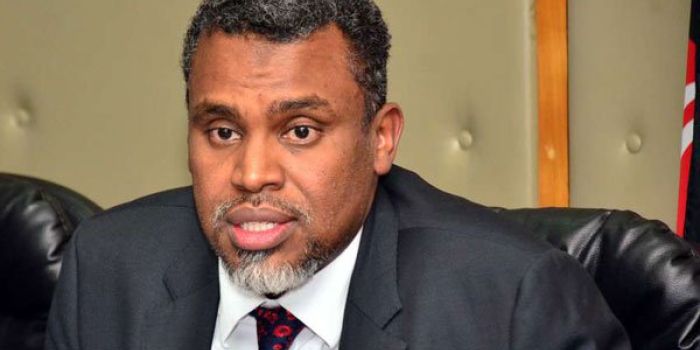 “I have therefore directed that they be immediately be arraigned before the High Court and charged accordingly,” he stated.

The two accompanied with their lawyers are to be presented in the court on Tuesday , 9th ,2018 to respond to this murder charges labelled against them. Brian kasaine who is an accomplice in the murder case is also expected to be arraigned in court . kasaine is the owner of the gun in which Jowie Irungu shot himself with.

Monica was killed in her apartment in Kilimani on the night of September 19 on arrival from Juba, South Sudan where she operated their family business.

After reviewing CCTV footage, police indicated that they are following crucial leads that may lead to identification of the second suspect whom they believe was with Jowie on the night of the murder.

Multiple witnesses have since affirmed to detectives that Jowie was at Monica’s apartment in Kilimani on the night she was killed.Detectives have also established that Jowie, who was wearing a kanzu, used an ID card belonging to a security guard to gain entry to the apartments at Lamuria Gardens.

The guard who has since been questioned said his ID card went missing at a construction site a few days before Monica was killed.

The two are expected before Justice Jessie Lessit in Milimani Law courts where the two are faced with murder charges if the court finds them guilty of the murder charges. 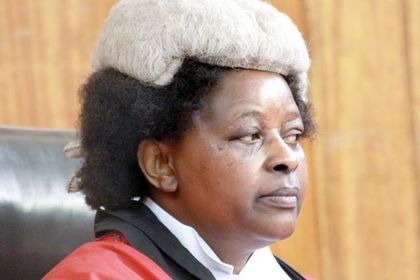 Their has been a lot of speculation on the businesses in which the late Monica Kimani was doing in South  Sudan. Allegations were issued with her involvement with the South Sudan General in which the General denied ever knowing her.

Although her family did the burial , they are keen to see the rule of law uphold and justice served to their daughter who was brutally murdered.

Jowie also had his parents speak out for the first time defending him. The family of Joe Irungu said that their son is guilty and that he was shot by unknown assailants. They also the DNA samples presented by the police were not taken from him.

Jackie Maribe who broke the news of the murder in live TV will also wait and see her fate as she was being held for assisting in the execution of the murder plan against Monica Kimani. She also offered contradicting information regarding the issue according to the team leading the investigation.

The money was also recovered in her house in which they stayed with Jowie.

The two wait to hear the judge rule against this case which if found guilty the punishment for is equal to a life sentence.