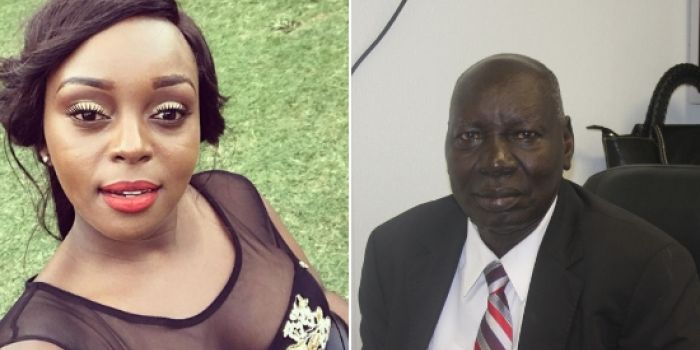 The top South Sudanese Government official linked to the prosperity of Monica Nyawira Kimani business operations has denied the allegation of being in any form of relationship with the family.

In a the process of unraveling the form of business in which  Monica Kimani was doing while in South Sudan , a new twist of stories that linked South Sudanese Government  official General Awet Akot denied knowing or ever working with her. The presidential advisor distanced himself from her and even ever working with her. He also disassociated himself from the brutal murder of Monica Kimani.

” How would you have worked with somebody you don’t know ?” asked the General  in a stinging rebuttal issued through the executive manager of his office Deng Aoch,

The General also denied knowing Monica’s father Bishop Paul Ngarama , saying he has no recollection of ever meeting him as earlier claimed.

Ngarama used to sell newspapers in South Sudan before starting a string of churches. Ngarama had earlier said he had met Akot in Juba when he was the Chair off the Kenyan Business Community in Rumbek but the two lost contact.

However Akot did not completely rubbish the idea of meeting Ngarama but he said that he might have met  him but he cannot recall since he has met so many people in the course of his work.

” we are wondering what is the relevance of saying the governor had a relationship with Monica. are they trying to imply that the General had a hand in the murder?” asked Aoch.

The former warlord who turned to be a politician, says their are people who are working behind the back to push some other agenda other than focusing on breaking the involved people into book.

The general also denied allegation that he owns property in Nairobi which were under the supervision of the late Monica.

The Transitional National Legislative Assembly held a press conference to defend what they termed as an insult to an elder and a prominent figure in their government.

“An insult to the General is an insult to the family and the government of which we serve ,” the statement signed by Anyok Chol , Zeche Wanji and DMT Dharuai said.

This denial of being involved in the murder of Monica Kimani by the South Sudanese General arise when , more compelling evidence are still being found the office of Public Prosecution linking Joe Irungu to the murder. The sample of his blood matched the one that was in Monica Kimani murder in Kilimani Estate.

According to the criminal law if found guilty the charge could amount to a life imprisonment. Joe Irungu also faces other charges including attempted murder.

Jackie Maribe sample of blood was taken for further laboratory testing to establish if he was i the house when Monica Kimani was being murdered. She might also face charges of giving contradictory statement and covering up of the suspect in case Irungu is found guilty.

Kasaine who is also in custody , the owner of the gun which Irungu used to shot himself may also face charges of owning the gun illegally considering the license of the gun expired in 2006.

The battle is expected to be tough as different lawyers try to defend their clients against the charges placed against them.

The Family of Monica is keen to see if justice will  be served.