The “discovery” by Nairobi Governor Mike Sonko recently of the bodies of 12 infants “hidden” in boxes at Pumwani Maternity Hospital is a good example of why politics should be delinked from key sectors such as health.

Comments were made that it was a publicity stunt — and a foul one a such — all for political populist gain.

Indeed, such incidents tend to only provide photo ops for political leaders who have very little to do with the advancement of such an important sector.

Politicians’ aim is to use healthcare as a carrot and stick to advance their agenda. Time and again, we have heard how healthcare played a huge role in political rallies when used as bait for votes.

But healthcare is not a political but human rights issue; it is a service that needs to be provided as a matter of course. It forms part of obligatory services that we all need and the State has a legal duty to provide.

It is on record how Pumwani was mired in serious international racketeering involving trafficking of infants.

The extradition of Gilbert Deya, the key suspect, from the United Kingdom to face charges of child trafficking took more than 10 years.

Then, Pumwani should have put in place watertight security measures to avoid a repeat of such a heart-rending incident. But here we are again, talking about its mismanagement and baby trafficking and swapping!

The government has reacted quickly by sending in a team to investigate the serious breaches at Pumwani. However, we should not be standing at the point of investigating serious malpractices at the same hospital twice.

An overhaul of systems at the hospital after the first incident could have ensured no such efforts and resources would need to be spent on another investigation. The money should have gone into funding the hospital instead. 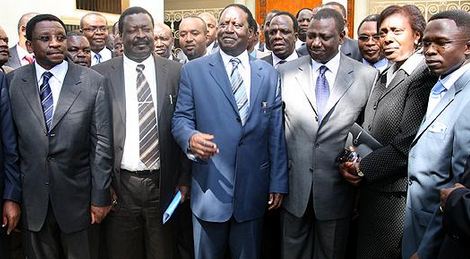 The manner in which the bodies of the infants were handled undignified them and their families.

However, to listen to the clinicians saying there is no mortuary at the hospital makes one wonder whether the management knows that its priority is to protect the dignity of patients, whether dead or alive.

Nearly a century since it was built, we should have addressed such glaring glitches by building a mortuary or two.

Pumwani is just a tip of the iceberg in how much indignity patients suffer at most public hospitals. Poor treatment encapsulates the disregard the hospitals have for them.

We constantly read about our leaders convalescing in private hospitals here and abroad. Then disturbing pictures emerge of bodies dumped on mortuary floors in public hospitals with no regard for their dignity.

At many other hospitals, patients are shown sleeping on the floor or sharing a tiny rickety bed.

Yet others have no windows to shield patients from the elements. Those with respiratory problems such as pneumonia and TB are exposed to the cold further.

Just as we did with the police service, time is ripe to consider having an independent oversight commission with legislative powers to look into the affairs of patients.

It should have the authority to inspect hospital facilities periodically to ensure that standards are maintained.

Kenya Medical Practitioners and Dentists Board is there to oversee the welfare of clinicians. There is a need to have a third eye that would ensure the hospital environment is fit for both patients and clinicians.

The health oversight committees at both the Senate and the National Assembly come late into crises and are run by politicians.

I believe they also easily run the risk of being compromised. We witnessed it with the recent claims of medical negligence at Kenyatta National Hospital, where politicians took tribal lines to protect the CEO instead of being concerned with patients’ welfare.

The main role of a ‘Healthcare Commission’ would be to ensure quality and safety. That would help to minimise the level of negligence are witnessing in the public hospitals by mitigating drug shortages and lack of equipment and personnel.

Essentially, their main role would be to raise the red flag whenever a hospital is found wanting in its duty of care.

We now have, for the first time, the comprehensive Health Act of 2017 that offers rights and protection to patients and guidance to the State.

Crucially, given the level of corruption reported in the health sector, it is time we returned healthcare to the national government to seal the loopholes for corruption.

Graft has devolved with politics and the only way to save patients from further harm is to centralise the work of the health sector, which would make it easier to manage and audit.

It will also provide for a uniform standard of care across all the hospitals.

That is the only way to avoid another Pumwani.