One man’s battle could be another man’s wedding. And in every situation, there are alway winners and losers. That’s how you could describe Cliff Ombeta, the man who is representing Migori governor Okoth Obado and now, Joseph Irungu, the man who has been charged with the heinous murder of Monica Kimani.

It is not every day that, you get to represent two people who have been implicated in high profile murders and are the talk of town.

Obado, is being charged with the murder of his seven month pregnant girlfriend Sharon Otieno, who was found murdered in Kodera forest, Homa Bay County early this month.

The governor together with his two aides, Caspal Obiero and Michael Oyamo are in custody for the murder. Ombeta has argued that, the fact that Obado had an affair with the victim does not implicate him in the crime. 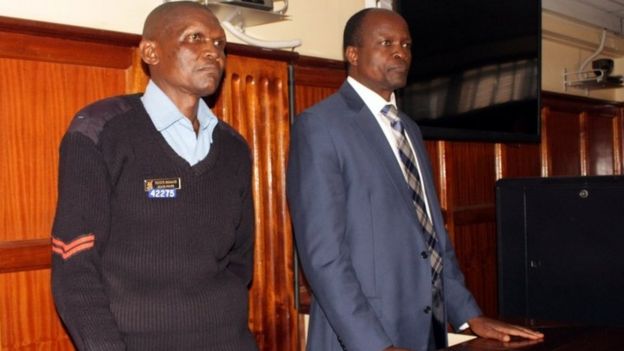 Joseph Irungu, on the other side is accused of slaughtering Monica’s throat in her house along Denis Pritt road in Kilimani. Witnesses say Jowi, who is a fiancée to Citizen Tv news anchor Jacques Maribe, was the last person to have visited the deceased.

Ombeta is one of the top criminal lawyers in the country. Some of the people he has represented include police impostor Joshua Waiganjo. Only time will tell if he will secure the freedom of his two clients.