Ronaldo opened his Juventus account with a brace in a 2-1 Serie A defeat of Sassuolo on Sunday having failed to score in his first three league appearances for the club, while Ozil marked his 200th Arsenal appearance by scoring in a 2-1 triumph at Newcastle United a day earlier.

And in a long article published on Arsenal’s website, Ozil hailed Ronaldo’s professionalism and said the Portugal superstar inspired him to work harder on improving his own game. 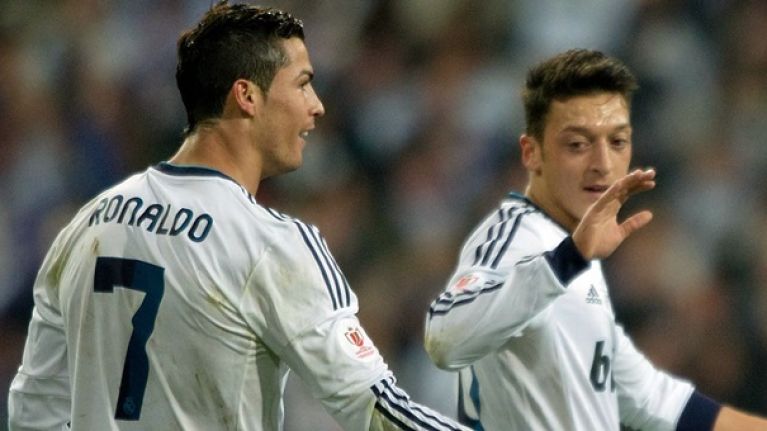 “People always ask me about what it was like to play with Cristiano Ronaldo and all I can say is that I’ve never seen a person like him,” Ozil wrote.

“He works really hard and is the first guy to get into the training ground, then the last one to leave. He’s very professional and always wants to win, even in the training games. Of course I was looking at what he was doing, even something as simple as just looking at his shooting technique.

#YaGunnersYa 💪🏼😎 My 200th appearance for @Arsenal, 3 away points for the team and 1 goal for me – can't complain 👍🏼😉 #COYG #NEWARS @premierleague pic.twitter.com/5dPfAbtXZ6

“I really enjoyed playing with him because he made me better on the pitch and he’s a great guy off it, too. I gave him loads of assists and he doesn’t need me to remind him of that

“It was easy to play with him because you didn’t need to create a lot of chances. Even if I just gave him two passes, he would score two goals and that’s why he’s one of the greatest footballers who’s ever lived.” After a difficult close season that saw Ozil criticised for meeting Turkey president Recep Tayyip Erdogan and subsequently step back from Germany duty after the World Cup, the playmaker says he is “very, very comfortable” in London. But while he appreciates being compared to Dennis Bergkamp, having taken the number 10 shirt formerly worn by the Arsenal icon, Ozil says he wants to be known for his own approach on the pitch.

“I have played for a few clubs, but to have my own song is a unique thing for me,” Ozil added. “When I heard it for the first time I had goosebumps and I still get them every time that I hear it. I’m just really thankful for that amazing support. 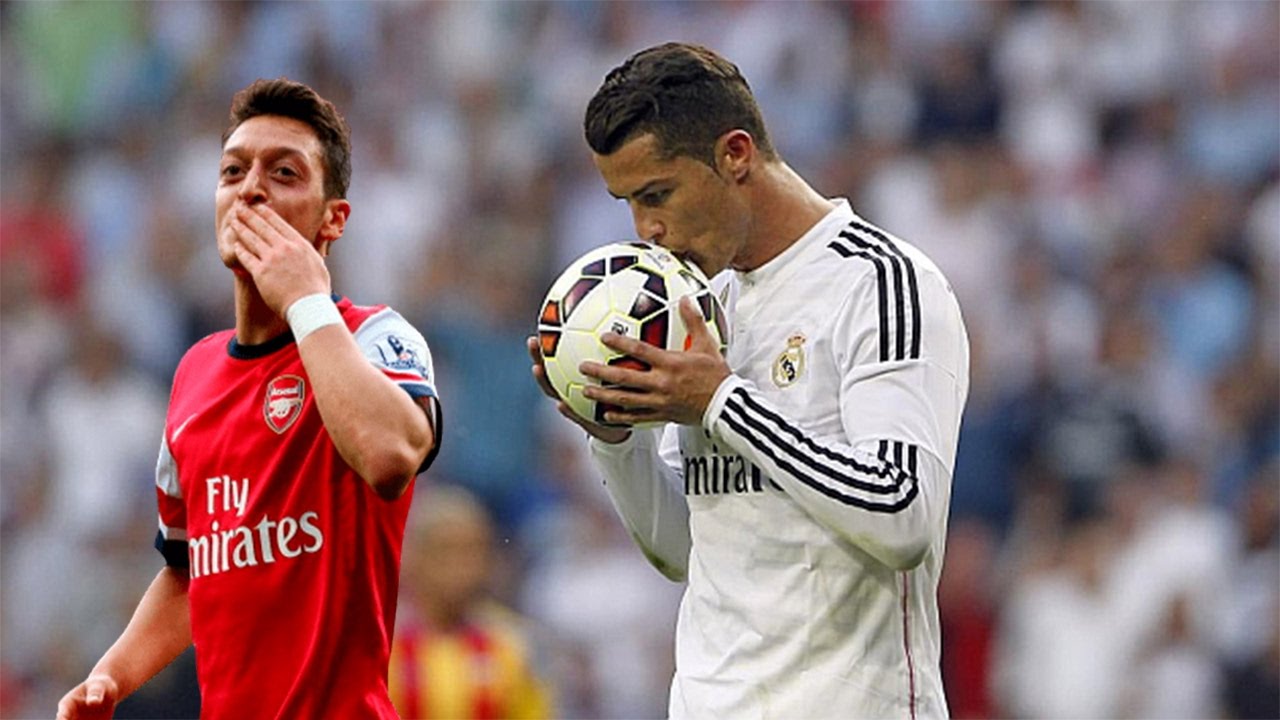 “The fans have backed me ever since I arrived five years ago and because of that, I’ve been able to play in my preferred style. I always want to control the game, give assists and help my team. It was like that with me from the start.

“In my position you have many possibilities playing forward. You can demand the balls, make telling passes or score yourself.

“I’ve been told so many times over the years that this is how Bergkamp played. Of course that makes me proud and it is an honour to be compared with him. Bergkamp is a living legend at Arsenal and he was an amazing football player.

“But I do not want to compare myself with anybody. I have my own style and I’ve had it since I was a kid. I am proud of these comparisons, but I am Mesut Ozil and I’m not finished yet.”