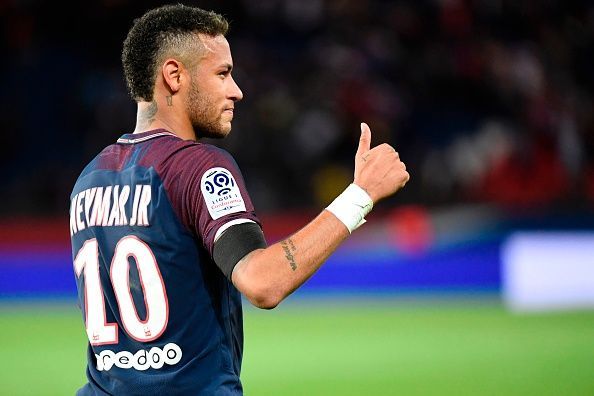 It is now becoming a habit to start any talk regarding the Ballon d’Or by mentioning Lionel Messi and Cristiano Ronaldo at the forefront. Why not, when the two superstars shared the last 10 editions of the prestigious award between them. These two superstars have been unstoppable ever since they broke onto the stage in 2008, creating an unprecedented duopoly on top of the football world, exerting their dominance for 10 straight years.

They have also been the clear favorites to win the Ballon d’Or every season, including the current one. In fact, the award has become a two-horse race, with either of the two superstars expected to clinch it every year. However, considering the recent developments in the sport and the possibilities ahead, it finally looks like another superstar can succeed in stopping these amazing players from winning the Ballon d’Or this year. With some players performing at extraordinary levels at the moment, coupled with the numerous opportunities ahead, the prestigious award could end up in the hands of another superstar.

Many people will definitely write-off Griezmann’s chances of winning the Ballon d’Or this term. However, the Frenchman is definitely one of the amazing superstars who can end the Messi-Ronaldo duopoly, and anyone who underrates him will be doing that at his own peril.

First. The fact that the Ballon d’Or requires consistency will be a great advantage to the attacker. Griezmann has been one of the stand-out performers in Europe for the past few years, evidently sharing the podium with the aforementioned duo in 2016.

While Atletico might have been rather quiet during the 2017/2018 season, the 27-year-old was able to put up some amazing performances that defined his pure class during the campaign. He bagged an amazing 19 goals and 9 assists to help the Rojiblancos finish second on the La Liga table. He also led the club to claim the UEFA Europa League scoring, an amazing brace against Marseille in the final of the tournament.

After making name for himself across Europe and eventually stepping on the ultimate stage in 2016, Griezmann currently has the kind of profile that is required to win the Ballon d’Or. The fact that his nation is among the favorites to win the World Cup is another advantage for the superstar.

Playing alongside the likes of Kylian Mbappe, Paul Pogba, Ousmane Dembele, Ngolo Kante and Samuel Umtiti could boost his performance in the prestigious tournament, which would eventually help him in the race to become the best player in the world.

Paris Saint-Germain winger, Neymar Junior is also one of those amazing superstars who can stop Lionel Messi and Cristiano Ronaldo from winning the Ballon d’Or this year. One of the most consistent and most talented players in the world for the past few years, the Brazilian has been recognized as the player to take over from the duopolists whenever they end their dominance.

The man that is destined to replace the aforementioned duo at the top could end up achieving his target this year. The attacker just had a great campaign, leading PSG to claim an amazing domestic double. He also bagged an incredible 27 goals and 16 assists in 28 appearances for the Parisians in all competitions during the campaign. He was superb in the big games, typically leading the Parisians to a 3-0 victory over Bayern Munich in the Champions League; a match in which he bagged an incredible goal and assisted another.

The Brazilian has a great chance of winning the Ballon d’Or this year due to his incredible performances the last term. The World Cup also serves as a great advantage for the attacker in his quest to become the best player in the world. Going into the tournament with an in-form Brazilian team made up of brilliant players like Roberto Firmino, Philippe Coutinho, Gabriel Jesus, Douglas Costa, and Marcelo will help in making the dream easier.

If Neymar succeeds in leading his nation to claim the highly-coveted trophy, nothing can stop him from ending the Messi-Ronaldo dominance this year.

There is no better candidate to stop the Messi-Ronaldo dominance at the moment than Liverpool winger, Mohamed Salah. While it might not be wrong to claim that Lionel Messi and Cristiano Ronaldo were far above other superstars last season, the same cannot be said of the Egyptian superstar.

In his first year at the Anfield, the attacker took his game to an unbelievable height, tearing opposition defenses apart and racking up plenty number of goals. He bagged an amazing 32 goals and 10 assists in the English top flight as well as 10 goals and 4 assists in the UEFA Champions League.

This implies that he scored more goals than Ronaldo in the domestic league (26) and Lionel Messi in the European tournament (6). He also performed on the big stage, helping The Reds to overcome the likes of Porto, Manchester City and Roma on their way to the final of the Champions League.

If Salah maintains his amazing form until the end of the calendar year, he will definitely have the chance to dethrone the incredible duo on top of the football world. The World Cup also serves as another chance for the Egyptian to put an end to the Messi-Ronaldo duopoly. If he succeeds in upsetting the odds and leads his nation to the World Cup triumph, nothing on earth can stop him from winning the Ballon d’Or.