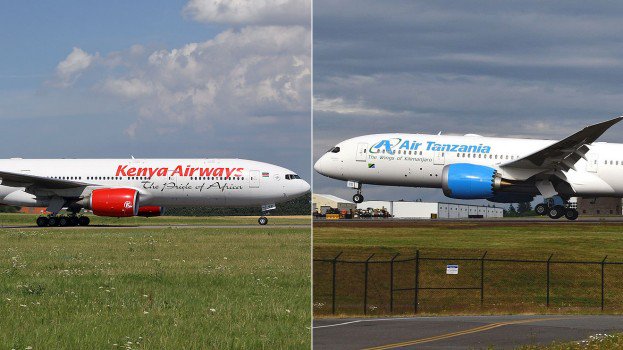 An attempt to ignite a Twitter battle between Kenyans and Tanzanians failed on Monday after tweeps in the neighbouring meekly walked away from the challenge.

It appears the ruthless reputation of Kenyans on Twitter is now appreciated even abroad.

A tweep by the name Jalilu Zaid felt cheeky enough to start a sibling rivalry between Kenya Airways and Air Tanzania under the hashtag #TZvsKE.

“Air Tanzania VS Kenya Airways, #TZvsKE,” asked Jalilu Zaid pitching the two countries against each other.

However, his fellow Tanzanians wanted to play no part in such a challenge, going as far as warning him not to dare start a war with KOT.

However Some Kenyans were more than eager for the battle and started bashing the Tanzanians.

@archangel_papi commented; “lol we had a Dreamliner before y’all.”

@Winnie254 commented; “Please don’t fight in English #TZvsKE because the fight will be over before it even starts.”