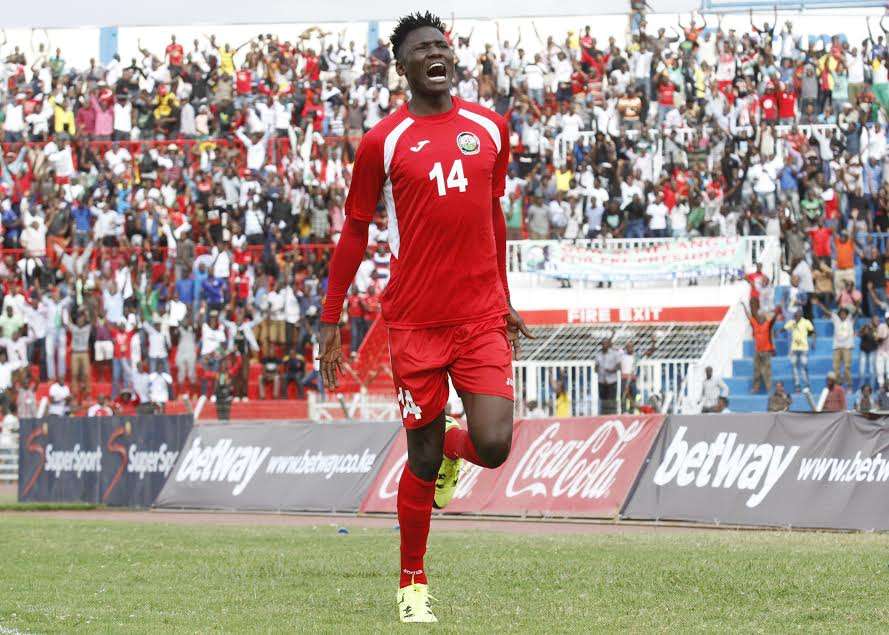 Kenya will lock horns with Ghana in the 2019 AFCON qualifier on Saturday at MISC Kasarani in Nairobi.

The Harambee Stars skipper Victor Wanyama is ruled out of the game as reports indicate Tottenham is reluctant to release him as he just recently resumed training after recovering from a knee injury.

In the goalkeeping department, there will be a selection headache for the coaches as all the senior custodians in camp are having a wonderful season.

Former AFC Leopards keeper Ian Otieno is enjoying good form in Zambia with Red Arrows, Farouk Shikalo is undoubtedly the best keeper in the Kenyan Premier League (KPL) this season with 18 clean sheets so far while Patrick Matasi is enjoying a decent season with Tusker FC as well.

Gor Mahia’s Boniface Oluoch is yet to report to camp and could miss the match. But Migne has already confirmed that Matasi is his first choice goalkeeper.

In the absence of Victor Wanyamam, David Owino is likely to start and captain the team while Abud Omar, who is also enjoying fine form in Belgium could start at left-back.

At right-back, a position we often struggle with, coach Sebastian Migne will have to choose between Gor Mahia’s Philemon Otieno and Joackins Atudo.

The biggest selection headache will be in midfield. I tip Anthony Akumu to start in Defensive Midfield alongside Johanna Omolo with Ovella Ochieng and Clifton Miheso playing on the wings.

Coach Migne will start with two strikers and that definitely will be Jesse Were and Michael Olunga. If he chooses to start with Olunga alone upfront then Eric Johanna will play the free role.